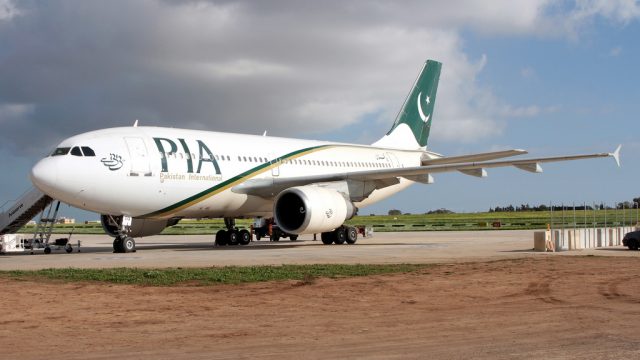 KARACHI: After experiencing a mechanical issue shortly after takeoff, a Pakistan International Airlines (PIA) flight from Multan to Jeddah made an emergency landing at Muscat Airport on Thursday.

According to reliable sources, PIA’s Boeing-777 pilot made touch with the air traffic controller at Muscat airport after experiencing a technical issue. The warning sirens on the cargo gate of the Boeing 777 started ringing due to overload, forcing the pilot to make the landing.

After clearance from the ATC at the Muscat airport, the PIA’s aircraft was allowed to make the landing. As many as seven tonnes of the luggage of the passengers were offloaded.

The PIA spokesperson said that the plane made landing as a protective measure and will soon take off from the Muscat airport after inspection and clearance.

Earlier, a Pakistan International Airlines flight had landed safely at Karachi airport, after it developed a technical fault en route from Abu-Dhabi to Peshawar.

After the plane suffered a mid-air issue in its hydraulics system, the pilot of PIA flight no. PK-218 informed the air traffic controller (ATC), according to reports. The plane’s pilot had smartly landed it safely at Karachi International Airport.