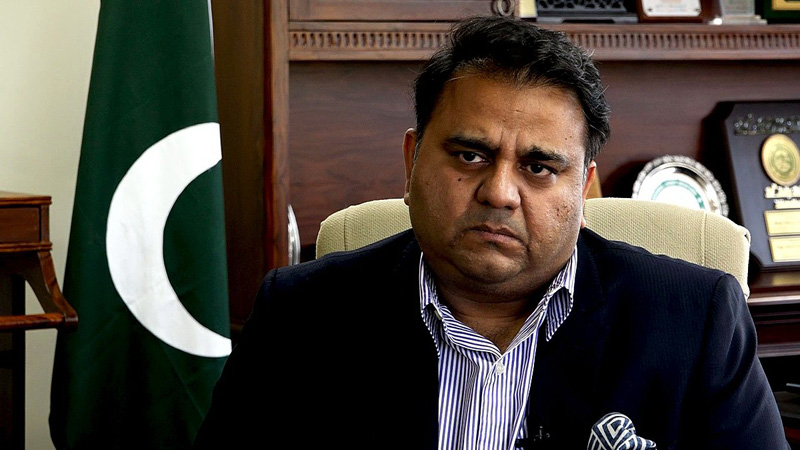 Minister for Information and Broadcasting Chaudhry Fawad Hussain on Wednesday underlined the need for promoting film, drama, music and culture to effectively present national narrative at the international level.

Addressing a signing ceremony of a MoU signed between Ministry of Information, National Arts Council and PTV regarding National Entertainment Awards, he said that political debates did not promote the national narrative as effectively as do the mediums of entertainment.

He said the next National Entertainment Awards would be the largest in the history of the country.

Under the National awards, 22 awards would be given in film, television and music categories and Rs 250 million would be allocated for these awards.

The minister said during past few decades Pakistan’s mediums to tell the story of Pakistan has been weakened.

In 1960s, Pakistan was the third largest film producing country and it was fourth in the world in number of screens, he said, adding unfortunately film, drama and music industry was ruined during the past few decades.

He said the new film policy has been finalised which would give many incentives to the local film makers, whereas foreign content would be taxed. Fawad said, he proposed to FBR that imported dramas should be taxed to protect local entertainment industry.

Instead of foreign artists, casting of local ones in advertisement would be encouraged, he added.

He said a film division has been set up in the Pakistan Television (PTV) which would encourage young filmmakers.

The national TV film division was producing two big budget movies on the lives of Mughal King Babar and national poet Allama Iqbal with the collaboration of Uzbekistan and Iran, respectively. Moreover, a private firm was making a film on the life of Tipu Sultan.

The minister said special focus was being given to revival of cinema halls and they were being given industrial tariff rates instead of commercial ones.

Fawad said he had personally approached the National Command and Operation Centre for reopening of the cinema houses in the country.

He said for the first time, entertainment channels were included in the advertisement policy of the ministry so that they could flourish.

Speaking on the occasion, President Arts Council of Pakistan Muhammad Ahmed Shah said the national awards to be held under the patronisation of the government would be totally merit-based and no favours would be given to anyone.

He said the Arts Council would host next international Urdu Conference e in Islamabad in March next year.

He said Urdu was the national language which united the entire nation above ethnic and religious divides and this conference would strengthen federation and national harmony.

Secretary Information and Broadcasting Shehera Shahid was also present on the occasion.