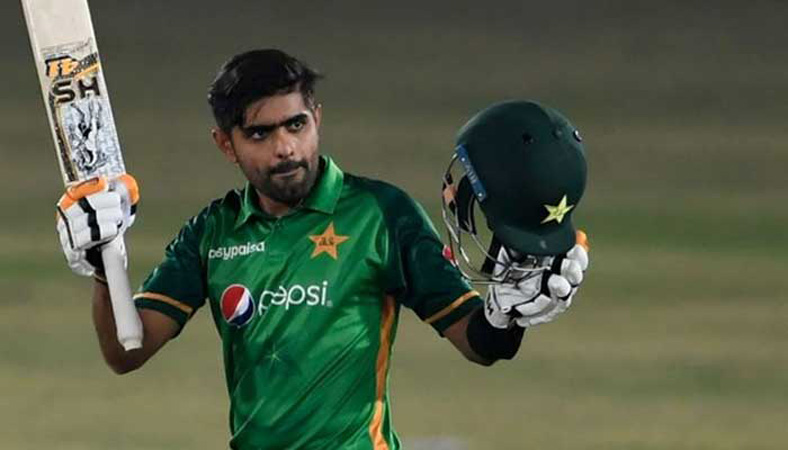 LAHORE: Pakistan skipper Babar Azam has again reclaimed the top spot in the latest International Cricket Council (ICC) Men’s T20 International (T20I) Batting Rankings, a week after slipping to second place behind Englishman David Malan. After the latest update by the ICC on Wednesday, Babar now shares the number one rank with Malan, both having a rating of 805 points. “With scores of 0 and 7 in the first two T20Is against the West Indies, Babar dropped two spots to number three in last week’s rankings update,” the ICC statement said. “He came roaring back and is now tied at the top of the rankings with Malan after a brilliant 79 in the final T20I that helped Pakistan complete a clean sweep over West Indies,” it added. Babar is now at the top in the men’s T20I and ODI rankings going into the final nine days of the year, the ICC said in a write-up on the batsman’s “stellar” year.

Babar overtook Indian captain Virat Kohli to become the number one-ranked ODI batsman in the world in April. He followed that up by usurping another record from Kohli, becoming the fastest cricket player to reach the milestone of 2,000 runs in the T20I format, having accomplished the feat in just 52 innings compared to Kohli’s 56. Later in May, Babar was voted the ICC’s Men’s Player of the Month for April 2021. Meanwhile, wicketkeeper-batsman Mohammad Rizwan — who is the only batsman to have crossed the 1,000-run mark in T20Is in a calendar year — has climbed to the third spot with a career-best rating of 798. “Rizwan was the Player of the Match in the final T20I against West Indies, helping his side chase 208 in less than 19 overs with a brilliant 45-ball 87,” the ICC said.

Meanwhile, Australia’s Marnus Labuschagne has replaced England captain Joe Root at the top of the ICC Test batting rankings. The 27-year-old’s maiden Ashes century at Adelaide helped Australia go 2-0 up in the five-match series against England ahead of the third Test in Melbourne starting on Sunday, December 26. Root, who returned to the number one position in August, has amassed 1,630 runs at an average of 62.69 so far in 2021 and a further 159 in Melbourne would set a new record for a Test batsman in a calendar year. Labuschagne, the ninth Australian man to cross the 900-point mark in the ICC’s Test batting rankings, is ahead of Root, with Australia’s Steve Smith third, New Zealand captain Kane Williamson fourth and India’s Rohit Sharma fifth in the latest standings published Wednesday.