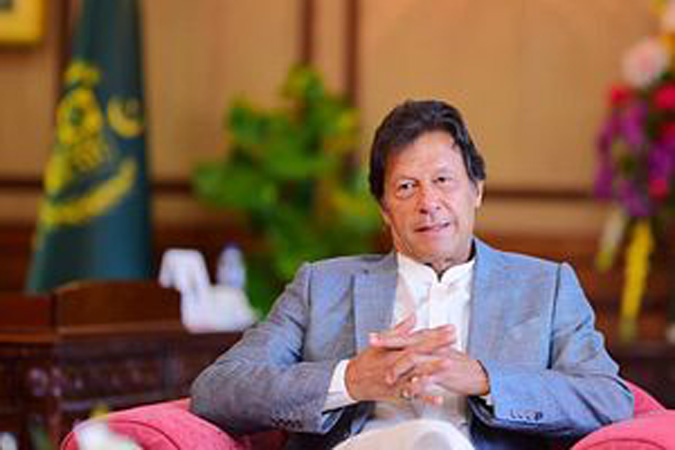 Prime Minister Imran Khan Wednesday said the KP local government elections were the beginning of a “modern and developed LG system” which was a trait of successful democracies.

In an apparent reference to the comments being made about the PTI losing the limelight in the KP polls, Imran Khan wrote on Twitter that amidst the “noise” over the results of the KP LG polls, “no one realises” that these polls are the start of a modern and devolved local government system.

He said that it is the first time in Pakistan’s history that the country has an “empowered LG system”. He went on to say that the direct election of tehsil level nazims will improve governance and make future leaders. “Amidst the noise over KP LG elec, no one realises these elections are start of modern, devolved LG system as exists in successful democracies,” the premier wrote.

Meanwhile, Prime Minister Imran Khan said tickets will not be awarded on the basis of favouritism and bribery in future as PTI faced a major setback in the Khyber Pakhtunkhwa local body polls due to ‘incompetent’ people.

The prime minister’s comments came during a meeting with Chief Minister KP Mahmood Khan, where the province’s chief presented a report on why the party suffered losses in the local body polls, a private TV channel said.

The report mentioned the lawmakers who did not support the party during the polls, allocation of party tickets for the elections, and other issues. It attributed PTI’s defeat in the first phase of the elections to “mismanagement” and that “workers of the same party contested elections against each other.”

The report cited “traditional politics and hereditary issues” as reasons behind the defeat in the local body elections, adding that the distribution of party tickets was also a reason behind PTI’s failure.

According to the report, the poor selection of candidates led to disagreements between party workers; hence the party wasn’t united during the first phase of the elections.

During the meeting, the premier expressed his dissatisfaction over the party’s failure in the local body elections, saying that Khyber Pakhtunkhwa was their [PTI] baseline and the party lost the election due to “internal incompetence.” The premier said that in the second phase of the local body elections, he will personally decide candidates, adding that favouritism and bribery would not be tolerated.

The premier also reportedly stated that the party should learn lessons from the results of the first phase as this time indifferences among the party members benefitted the opposition. Earlier, the Prime Minister’s Office received a report citing reasons for the PTI’s loss in the local body polls in KP. According to the report, merit had been ignored while allocating tickets for the election. Meanwhile, chairing a meeting of the Board of Governors of Special Technology Zones Authority (STZA), Prime Minister Imran Khan said the government was focused on exploiting the true potential of exports in technology sector. “Technology must be leveraged upon to not only earn foreign exchange but to recover from the current account deficit,” he added.

He directed the authorities concerned to take all possible measures to facilitate the potential investors in IT sector. He stressed upon ensuring ease of doing business to attract more Foreign Direct Investment (FDI) in the field.

Prime Minister Imran Khan, in a soft launch on Wednesday, broke the ground for the new model Panagahs (shelter homes) being built in Islamabad Capital Territory with improved standards and structure. On the special instructions of the prime minister, the four new Panagahs are being built in Tarlai, Tarnol, G-9 and Mandi More areas of Islamabad adjacent to the existing facilities.