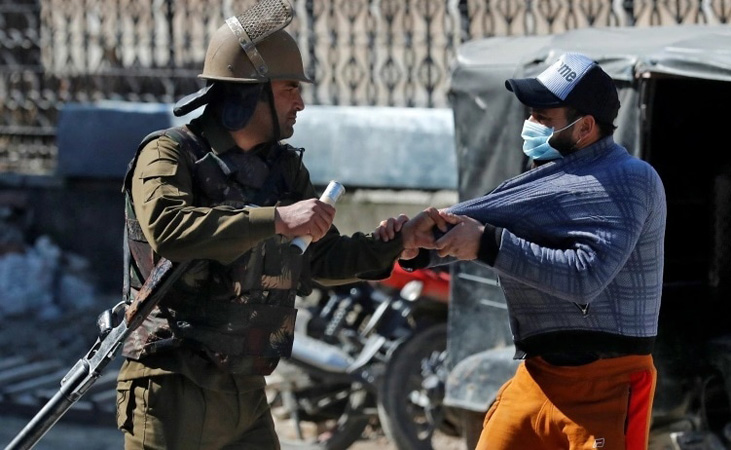 Members of the British parliament have once again urged India to provide updates on the welfare of Khurram Parvez, the Kashmiri human rights activist arrested by the National Investigation Agency in Srinagar, in Indian Illegally Occupied Jammu and Kashmir (IIOJ&K). The rights activist is currently reportedly imprisoned in New Delhi, wrote Debbie Abrahams, Member of the Parliament for Oldham East and Saddleworth and Chair of Kashmir All Party Parliamentary Group (APPG), to the High Commissioner of India to the UK.

About 29 cross-party British lawmakers issued a demarche to the Indian envoy in London on Wednesday, asking her to uphold the human rights of Kashmiris in IIOJ&K. Abrahams, in her letter, pointed at the fake encounter in Hyderpora and the arrest of the globally renowned Kashmiri human rights activist, reports an international news agency. She stated that Parvez was arrested after he criticised Indian forces for violating human rights in IIOJ&K. Other British lawmakers also supported the call by the Human Rights Watch that India has not been holding transparent investigations in cases of human rights abuse in the occupied valley.

They called for a transparent, credible and independent investigation into the human rights violation cases in IIOJK, pointing to Hyderpora fake encounter in which four Kashmiri civilians were martyred by Indian occupation forces.

The lawmakers also referred to the fake encounter in Amshipora where three civilians were killed and dubbed as militants by Indian forces. They said 108 magisterial probes were ordered by India since 2008 in IIOJ&K but to no logical conclusion nor was anyone convicted which demands an independent investigation. Supporting the voice, Tehreek-e-Kashmir (TeK) UK President Fahim Kayani said the “day is not far when India will be held accountable before the international community”. “The demarche issued to Indian envoy by the British lawmakers exemplifies that voice of Kashmiris is being heard,” he said, thanking Abrahams for taking up the issue with the Indian government. “The realisation by the international community of fake encounters followed by fake investigations by India is a win of Kashmiris,” the TeK president said. “The façade of democracy that India wears is being unmasked and its true face where it employs fascism and religious hatred is being exposed to the world,” he added. Kayani urged the British government led by Prime Minister Boris Johnson to take a cue from APPG and question India’s record in IIOJ&K. “Play the role of true human rights defender as has been the tradition of democracies,” he urged Johnson. “The silence of British government on India’s war crimes in IIOJ&K reeks of hypocrisy and double standards.”