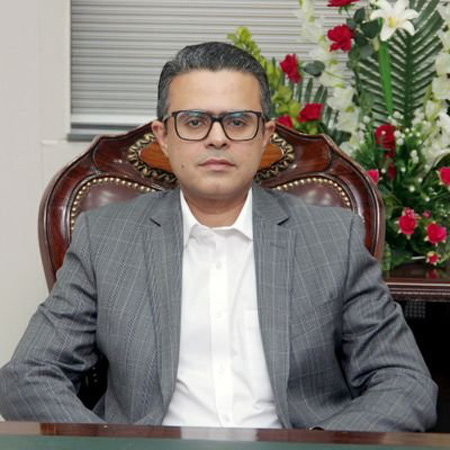 Special Assistant to Chief Minister Punjab on Information, Tourism, PHAs and Spokesperson Government of the Punjab Hasaan Khawar, while addressing a press conference here at Al-Hamra, said that PML-N prioritized party politics and lust for power instead of economy and the masses, hence the depleting foreign exchange reserves and dwindling economic development during previous regime. He said that PTI has discouraged policy of pointless bragging and has put its focus on practical solution to national issues and development works.

Hasaan Khawar added that unveiling of a new audio/video every other day shows how PML-N was bent on blackmailing the media. He advised the Opposition to transcend beyond personal interests and adopt the model of real governance. SACM further said that Imran Khan has shown exemplary leadership by accepting responsibility for the defeat in the Pakhtunkhwa elections. Leaders of other political parties also need to adopt this vision. He added that the fate of Lahore was changing in terms of development. We are working on war footings to cover the problems of drainage, ever increasing traffic issues and improving health facilities.

The day was declared as National Working Women’s Day by the Government of Pakistan in 2010 to recognize women’s contribution in the socio-economic development of the country.

In her address, Dr Mazari said this day is to commemorate efforts of the working women who are not just working in offices but also at homes and they are financially supporting their families. Therefore, there is a need to appreciate and acknowledge their role at all levels. She said that, though, the number of working women is increasing day by day and greater presence of women can be seen at top echelons, adding, there are still certain barriers that they have to cross to prove themselves beneficial for working markets.

She urged that there should be a change in rules for working women like maternity rules to make the working environment more enabling for them.

She said that “We are in constant struggle from the forum of our ministry to create more working option available and provide equal employment opportunities to women.”Secretary Human Rights, Inamullah Khan while speaking on this occasion said that role of women, in the progressive movement and all spheres of life, has always been a driving force for strengthening of society but we still have to go a long way for more emancipation of women that could only be achieved by breaking many long existing taboos to make an egalitarian society.