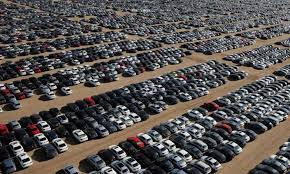 The sale of cars during five months of the current fiscal year 2021-22 (Jul-Nov) has surged by 61.89 percent as compared to the same period of last year, a recent data released by the Pakistan Automobile Manufacturing Association (PAMA) said.

According to the data, as many as 90,303 cars were sold during the period under review as compared to 55,779 units in the same period of last year.

Similarly, the newly launched Toyota Yaris also witnessed a slight decrease as its sales declined to 11,252 units in the year under review. The sale of Suzuki Cultus increased to 13,105 units in the corresponding period whereas, during the same period last year, the sale was recorded at 5,596 units.

The sale of Suzuki WagonR witnessed a sharp increase of 93.17 percent as it rose to 8,768 units during the first five months of the current fiscal year from 4,539 units in the same period of last year.