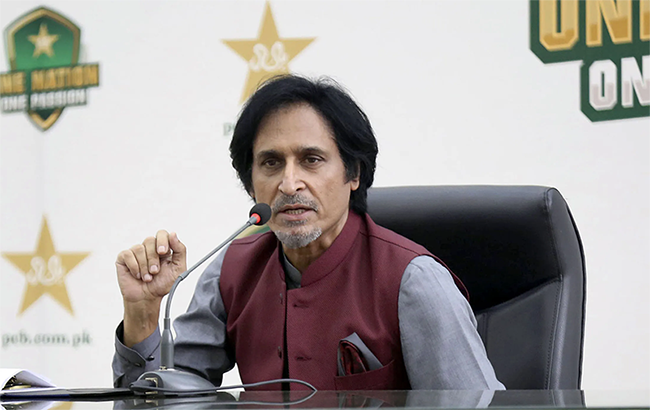 KARACHI: Chairman of the Pakistan Cricket Board (PCB) Ramiz Raja declared on Wednesday that he will not “relax” until Pakistan achieves world-class status and defeats Australia on home soil.

In Karachi, the former Pakistan captain and PCB chairman addressed a press conference alongside newly-appointed CEO Faisal Hasnain. Raja discussed a variety of topics, including the low turnout for the recent Pakistan-West Indies series, the need for permanent coaches, and team selection.

The PCB chairman said that the team was on an impressive trajectory but acknowledged that “more work needs to be done.”

“Pakistan has to improve its fielding a lot,” he noted. “I have been working at the PCB for the past three months yet it feels like 30 years have passed. I now realise that holidays are a huge blessing.”

Raja spoke about his performance so far as the PCB chairman, saying that he raised his voice at the Asian Cricket Council after New Zealand and England withdrew from the Pakistan tour.

“I said during the meeting that if any Asian country is mistreated, everyone should raise their voices against it,” he disclosed.

When it comes to coaches, the PCB chairman stated that he has no “final opinion.” “If we hired coaches on long-term contracts, we’d be stuck. Specialists, not coaches, are required “Added he.

Former Pakistan cricketer Shahid Afridi believes that coaches should be hired at the grassroots level to train future stars, but that no decision has been made on whether to hire a local or foreign coach.