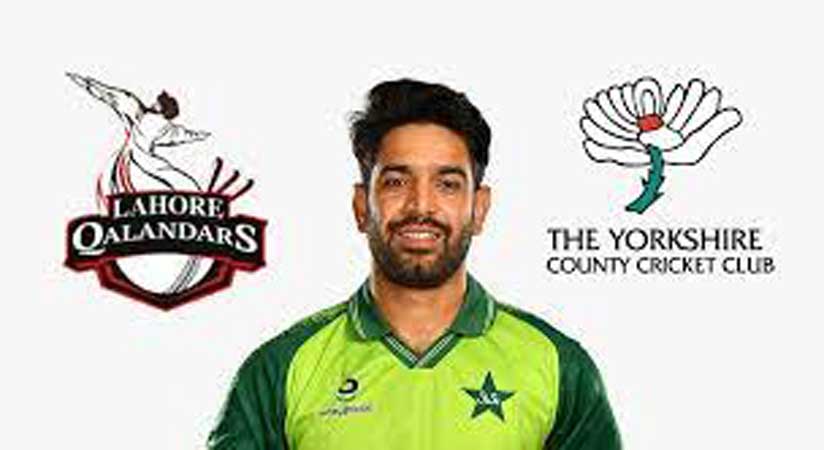 LAHORE: English county Yorkshire have unveiled a partnership with Lahore Qalandars, the Pakistan Super League (PSL) franchise, which will aim to “nurture talent by reducing barriers to entry” following the racism crisis which has engulfed the county. The most pertinent part of the partnership is Yorkshire’s intention to “learn from and emulate” the Qalandars’ players development program (PDP), which provides opportunities to over 150 young players annually and aims to unearth new talent regardless of background.

Haris Rauf, who has won 42 caps for Pakistan since attending Qalandars trials in 2017 and bowling with a leather ball for the first time, has been the PDP’s poster boy, and the partnership will see him join Yorkshire as an overseas player for “a period of the 2022 season”. It will also see two teams play a friendly game at Gaddafi Stadium on January 16, academy players given opportunities to train overseas, and scholarships for aspiring players from both Yorkshire and Lahore as part of an exchange programme. Harry Brook, Yorkshire’s brightest young talent, was signed by the Qalandars in last week’s PSL draft.

The partnership represents a significant step in Lord Kamlesh Patel’s attempts to rebuild Yorkshire following his appointment as chair, which came about after Roger Hutton resigned in light of Azeem Rafiq’s allegations of institutional racism at the club and the handling of the report into them. Among his first moves was the decision to sack the club’s entire coaching staff as part of a major overhaul which saw 16 people removed from their roles, with Darren Gough later appointed as interim director of cricket.

Yorkshire have advertised for the head coach, assistant coach, 2nd XI coach and academy coach roles in the last week, as well as inviting applications for up to six new non-executive directors “who are representative of the communities the club serves and are committed to the board’s aim to tackle discrimination and racism.” Yorkshire’s first-team squad contains only one non-white player ––– Adil Rashid, who is rarely available to play for the county due to his status as a centrally-contracted England player ––– and Lord Patel said that the partnership would help create a club “that is welcoming and supportive to all”.

“The work the Lahore Qalandars do both on and off the pitch is remarkable and can serve as a benchmark for clubs around the world ––– ours included ––– for how best to spot, foster and support talent at all levels in the game of cricket,” Lord Patel said. “The Players Development Program is an incredible achievement – breaking the mould for how teams can be created within our sport, and demonstrating that through offering access and support, great cricketing talent can be found from all backgrounds.” The Qalandars already have similar partnerships with other clubs, most notably Melbourne Stars in Australia’s Big Bash League where Rauf, Dilbar Hussain, Syed Faridoun and Ahmed Daniyal have all been given opportunities in recent seasons. Rauf will be playing county cricket for the first time after agreeing to join the club and will be their first Asian overseas player since Cheteshwar Pujara in 2018, whose nickname ‘Steve’ came under scrutiny during Rafiq’s testimony to a parliamentary select committee in October.