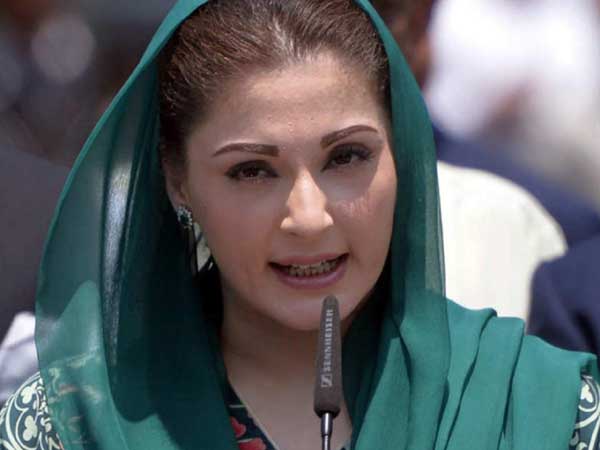 Another alleged audio clip of PML-N Vice President Maryam Nawaz surfaced on Tuesday in which she seems to be praising her ‘media management’.

“Look at my media management. Geo News and Dunya News have [ruined them],” in an apparent reference to the Pakistan Tehreek-e-Insaf (PTI) government. It is unclear when the clip was recorded and to what series of events she was referring to in the five-second clip. Speaking to the media outside the Islamabad High Court, Maryam was asked about the alleged audio clip and whether it was actually her. “I have already answered this, and clearly given an answer,” she said, moving onto the next question. When the reporter continued to probe her, PML-N spokesperson Marriyum Aurangzeb – who was also present – said: “Enough brother, she has already answered the question.”

Taking to Twitter, Information Minister Fawad Chaudhry said that audio clips of the opposition leader had exposed the flaws in the country’s media structure. “If such a media [industry] is free, then what would a curbed one look like? Media freedom is being held captive by the [country’s] mafias,” the minister said. Meanwhile, Maryam Nawaz Tuesday asked Prime Minister Imran Khan to step down and go home with dignity after the recent upset in the first phase of local government elections in Khyber Pakhtunkhwa.

Maryam held the ruling PTI responsible for the surging inflation. “Imran Khan, leave poor people alone. Save the bit of respect you have left and go home,” she said. Maryam said no leader would want to seek an election ticket from the PTI after its recent “embarrassing defeat” in Khyber Pakhtunkhwa LG polls. “It is the first sitting government in Pakistan that is losing elections one after another,” she continued. The PML-N vice president said even the PTI’s lawmakers were disenchanted and were criticizing their government in talk shows. She said the NAB had failed to produce evidence against her in the court adding that the Bureau which earlier sought day-to-day hearings was now seeking adjournments.

Answering a question, she said the party had entrusted Nawaz Sharif to nominate a potential candidate to contest the seat of the prime minister in the next general elections adding that it would be a pleasure for her to support Shahbaz Sharif in case of his nomination. Meanwhile, PML-N spokesperson Marriyum Aurangzeb claimed that Prime Minister Imran Khan was behind the fabricated story published against Shehbaz Sharif in a British daily back in 2019.

Addressing a press conference in Islamabad, Marriyum said, “Selected Prime Minister Imran Khan planted that story against Shehbaz through his ‘tout’ Shehzad Akbar. She claimed that Daily Mail reporter David Rose had failed to submit any evidence against Shehbaz Sharif in the London court in the defamation law suit filed by the latter last year. She said Rose had obtained an extension from the court for the fifth time.