Govt announces to lodge another case against Shehbaz Sharif 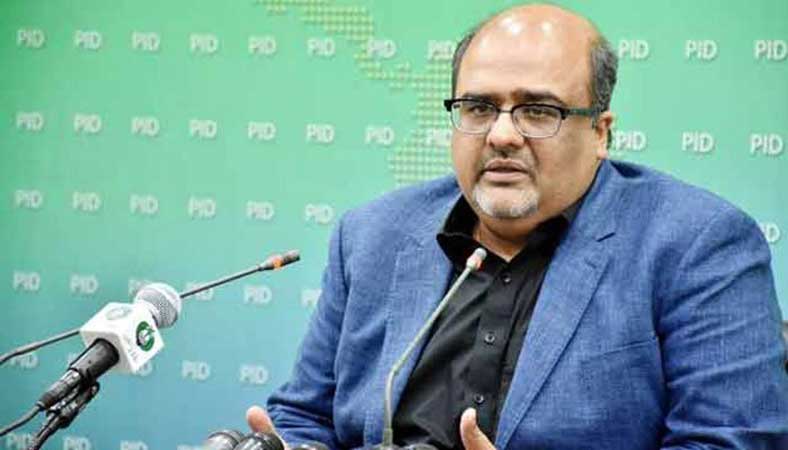 Adviser to the Prime Minister on Accountability Shehzad Akbar Tuesday challenged Opposition Leader Shehbaz Sharif to file a case against him in any court of Pakistan or abroad.

Addressing a press conference in Islamabad, Shehzad said he will appear before the court with evidence against the PML-N president if he received a legal notice. He said Shehbaz Sharif had lied to the nation, adding that another case was being filed against the leader of opposition. “The younger Sharif’s assets increased by Rs7 billion between 2008 and 2018,” he said, adding that the FIA had submitted a detailed challan.

Shehzad Akbar said Maryam Aurangzeb was angry over the new audio of Maryam Nawaz. He said 28 benami transactions took place in the name of 14 employees of Ramzan Sugar Mills, adding that money laundering of more than Rs 16 billion was done in the name of employees. Last Friday, Shehzad Akbar had said that Shehbaz Sharif was the ring leader of money-laundering gang as he and his son Hamza Shehbaz had been found involved in corruption and money-laundering of Rs 16 billion in Ramzan Sugar Mills case.

Addressing a press conference, he said the challan submitted by the Federal Investigation Agency (FIA) against the two members of Sharif family – Shehbaz Sharif and Hamza Shehbaz – in the Ramzan Sugar Mills money-laundering case consisted of more than 4,000 documents and 100 witnesses.

The National Accountability Bureau (NAB) also found Shehbaz Sharif involved in money-laundering and according to the FIA charge-sheet, he was the mastermind of the money-laundering group, he added.