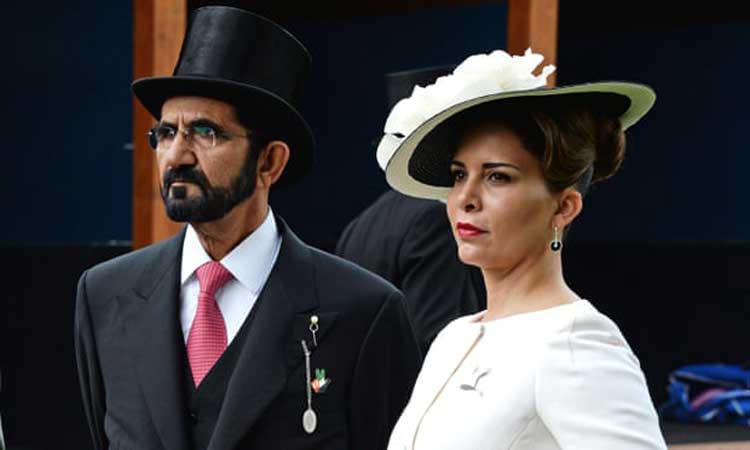 Dubai’s ruler, Sheikh Mohammed bin Rashid Al Maktoum, has been ordered by the High Court in London to provide a British record of more than 554 million pounds ($733 million) to settle a custody battle with his ex-wife over their two children.

The bulk of the massive award to Princess Haya bint Al Hussein, half-sister of Jordan’s King Abdullah, and the couple’s two children, is to ensure their lifetime security, not least to address the “grave risk” posed to them by the sheikh himself, said the judge, Philip Moor.

The judge said: “She is not asking for an award for herself other than for security” and to compensate her for the possessions she lost as a result of the marital breakdown. He directed Mohammed to make a one-off payment of 251.5 million pounds within three months to Haya for the upkeep of her British mansions, to cover the money she said she was owed for jewellery and racehorses, and for her future security costs.

The sheikh, who is vice president and prime minister of the United Arab Emirates, was also told to provide three million pounds towards the education of Jalila, 14, and Zayed, 9, and 9.6 million pounds in arrears. He was also asked to pay 11.2 million pounds a year for the children’s maintenance, and for their security when they become adults. These payments will be guaranteed via a 290 million pound security held by HSBC bank.

The final sum, despite being believed by some London lawyers to be the largest public award ever ordered by an English family court, is less than half of the 1.4 billion pounds that Haya had originally sought. During almost seven hours of testimony, Haya, 47, said a large one-off payment would allow for a clean break and remove the sheikh’s hold over her and their children. “I really want to be free and I want them to be free,” she told the court. Following the ruling, a spokesperson for the sheikh said he “has always ensured that his children are provided for” and asked for the media to respect their privacy. A lawyer for Haya did not immediately respond to a request for comment.

The settlement is the latest development in a legal saga that began when the princess fled to Britain in April 2019, fearing for her safety after she began an affair with one of her bodyguards, and a month after she had asked the sheikh for a divorce. Later that year, the London court ruled Mohammed had carried out a campaign of threats and intimidation that made her fear for her life, and that he had also previously abducted and mistreated two of his daughters by another marriage.