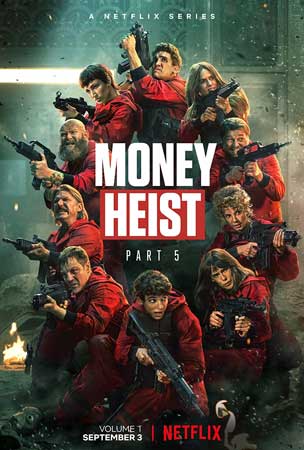 A Pakistani folk singer has won the hearts of social media with his superb rendition of the Money Heist web show song Bella Ciao.

A YouTube video shows the singer acing one of the theme songs of Netflix action and crime-thriller series La Casa de Papel with his instrumental cover.

The song gained immense fame since it was first aired on Netflix. It is not the first time that cover versions of the song – translated into English as Goodbye, My Beautiful – has gone viral across social media platforms. Thousands of renditions in different languages and melodies of the revolutionary song can be viewed on YouTube.

Money Heist came to an end after five seasons on December 3. The first and second season of the Netflix show sees a gang of robbers, led by their leader “Professor” printing billions of Euros from the Royal Mint of Spain. The plot of the remaining three parts sees them stealing gold from the Bank of Spain.

The role of Rio was played by Miguel Herrán whereas Jaime Lorente and Esther Acebo played the husband-wife couple Denver and Stockholm.

Paco Tous was seen as Denver’s father Moscow while Belen Cuesta played the role of Manila, who was crushing on Denver.

Alba Flores was cast as Tokyo’s best friend Nairobi whereas the role of cousins Helsinki and Oslo were played by Darko Peri? and Roberto García respectively.

The role of Bogota went to Hovik Keuchkerian whereas Rodrigo De la Serna played the role of Palermo. As far as the antagonists are concerned, Enrique Arce was cast as Arturo Romain while Fernando Cayo and José Manuel Poga were seen as Colonel Tomayo and Gandia respectively.