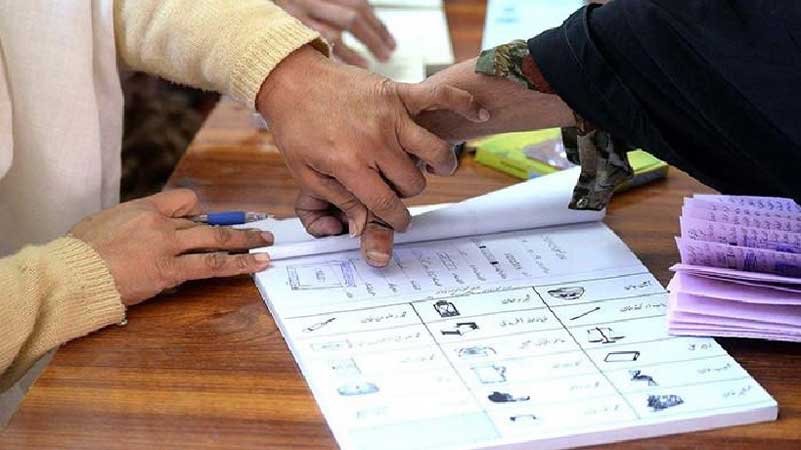 The ruling PTI suffered a major setback on Monday as opposition parties bagged three out of four mayoral seats in Khyber Pakhtunkwa’s ongoing local government elections, according to unofficial results. Awami National Party’s (ANP) Himayatullah has been elected as the mayor in Mardan, JUI-F’s Sher Zaman has been elected from Kohat, while another JUI-F candidate Zubair Ali has emerged victorious in Peshawar, according to unofficial results. The counting of votes in Bannu is still underway.

There are five city councils in the province, however, the elections are taking place only on four as the polls in Dera Ismail Khan were postponed after ANP’s candidate for mayor, Umar Khittab Sherani was shot dead. The Jamiat Ulema-i-Islam-Fazl (JUI-F) candidate won the seat for the coveted post of Peshawar mayor in the first local government elections held in Khyber Pakhtunkhwa since the merger of tribal districts, according to unofficial and unverified results. Zubair Ali – a relative of party chief Maulana Fazlur Rehman – won with a margin of around 11,500 votes after securing 62,388. PTI’s Rizwan Bangash received 50,669 votes and PPP’s Zarak Arbab got 45,000 votes.

The elections were held in 17 districts, comprising 64 tehsils, on a party-basis as per the ruling of the courts. Out of 64 tehsils, the Jamiat Ulema-e-Islam (JUI-F) headed by Maulana Fazlur Rehman is leading on 18 tehsil chairperson seats, whereas the PTI is trailing behind with 14 seats. The Awami National Party (ANP) also managed to win nine seats. Independent candidates have bagged nine tehsil chairperson seats as well, the results suggested.

Out of seven tehsils in Peshawar, the PTI could only win one seat, while the JUI-F and ANP grabbed three and two seats, respectively.

In Mardan, the PTI was wiped out; the JUI-F secured victory in three tehsils and the ANP came in first in two tehsils. In Bannu, the PTI candidate is in the lead on the mayoral seat. It has also secured the tehsil chairperson slots in Buner, Kagara, Daggar, Gambat and Rustam. In Charsada, JUI-F’s Hamza Asif secured over 33,000 votes to win the tehsil chairperson slot in Shabqadar. In Tank, the JUI-F secured a win in both tehsils.

In Lakki Marwat’s tehsil Nowrang, JI candidate Haji Aziz got over 17,000 votes to secure the seat for his party.

The first phase of local government polls, marked by scattered incidents of violence and attacks that claimed five lives and damaged some polling stations, was held on Sunday in 66 tehsils of 17 districts after a gap of six years. The polling process in three tehsils – located in Swabi, Bannu and Darra Adam Khel – was postponed on Sunday due to disturbances, including a suicide blast in Bajaur, abduction of polling staff in Bannu, a clash in Karak and a mob attack on Minister Shibli Faraz’s vehicle in Kohat.