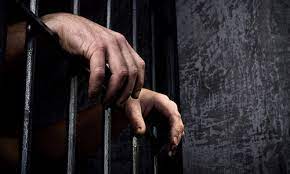 KARACHI: In the court of Judicial Magistrate South on Tuesday, police presented four suspects who had been arrested on charges of cheating.

The swindlers allegedly defrauded people out of large sums of money while promising their victims government positions.

The court sent the accused to jail on judicial remand till December 24.

The court also directed police to submit a progress report of the investigation in the next hearing of the case.

“The accused had tricked citizens to cough up money while promising them government jobs of Grade-5 to 11,” the investigation officer told the court in an earlier hearing.

They have cheated hundreds of people so far, the official said.

They were deceiving their victims by promising jobs at the SSU, excise and taxation and other departments. Even they were used to pay the salary of a month to their victims, which was closed after being deposited in bank accounts for one month, officials said.

The accused had allegedly taken 4.2 million rupees from the plaintiff in exchange for nine promised jobs, according to the lawsuit. “The accused were being paid five lac rupees for a single work,” he claimed, adding that the salary was terminated after a month.