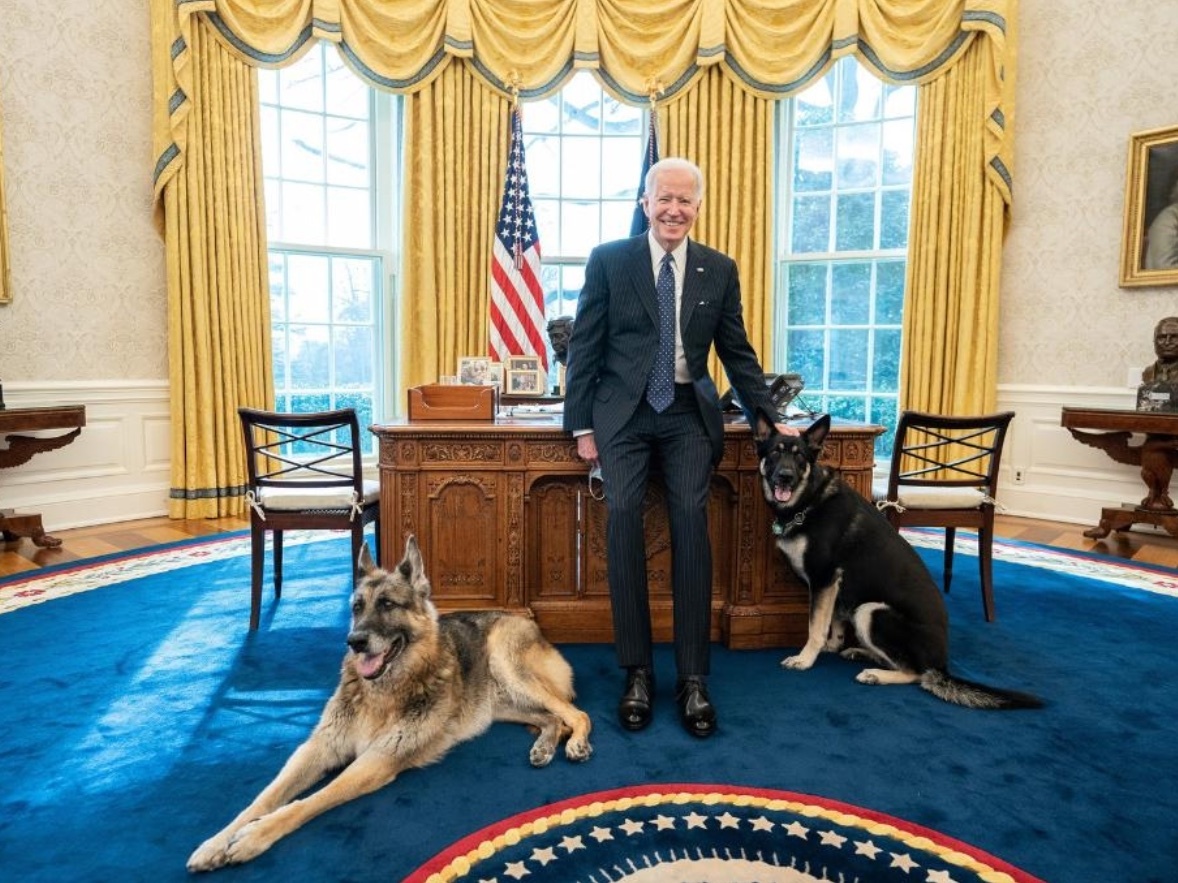 “Welcome to the White House, Commander,” Biden said on Twitter, alongside a photo of the puppy racing about with a tennis ball in his mouth.

The Democrat then uploaded a video presenting “the newest Biden” to the American public.

“Hey, pal,” the US commander-in-chief says to the four-legged Commander in the video.

Biden also throws a ball for the new puppy, who is then led inside the White House by Biden on a leash, alongside his wife Jill.

The president’s support rating has dropped in recent weeks, and he is facing a rejection of his major social spending bill amid an increase of Covid-19 cases.

Commander has received no further information from the White House.

He is Biden’s third canine companion in the White House. When they came at the White House with German Shepherds Champ and Major, they were reviving a long-standing tradition of White House dogs that had been broken under former President Donald Trump.

The president and first lady announced in June on Twitter that Champ had died at age 13.

Their other pooch, Major, has had some trouble adapting to life at the White House.

After at least one biting incident in March, he was briefly returned to the Biden family home in Delaware, and in April, the first lady’s office announced some “further training” for the dog.

Major’s un-presidential behaviour, according to Joe Biden, stems from the way he is constantly astonished by Secret Service officials and others who appear around every corner in the busy White House compound.

The dog-loving Biden also announced they were getting a cat, which White House press secretary Jen Psaki previously predicted would “break the internet,” though the animal has yet to arrive.