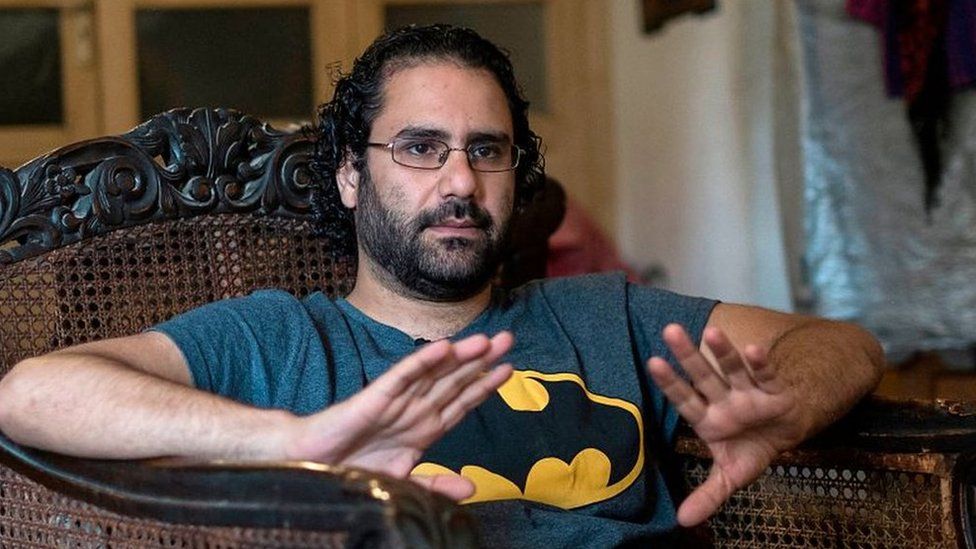 Egypt on Monday sentenced Alaa Abdel Fattah, a leading figure in the 2011 revolution, to five years in jail, with two others receiving four years, his sister and a judicial source said.

A computer programmer, blogger and high-profile activist who mobilized youths in the uprising that unseated autocrat Hosni Mubarak, Abdel Fattah had been in pre-trial detention since September 2019.

Abdel Fattah, his lawyer Mohamed al-Baqer and blogger Mohamed “Oxygen” Ibrahim were convicted of “broadcasting false news” in their trial in Cairo.

“The judge was too cowardly to even inform us,” she said after the sentencing at the State Security Misdemeanors Court in the capital.

A judicial source, speaking on condition of anonymity, confirmed the verdict and sentencing to AFP.

Rulings in the court cannot be appealed. They require final approval by President Abdel Fattah al-Sisi.

Washington, which has already frozen 10 percent of its aid to Egypt over repeated rights violations, said it was “disappointed” by the sentence.

“Journalists, human rights defenders, and others seeking to peacefully exercise their freedom of expression should be able to do so without facing criminal penalties, intimidation, harassment, or any other form of reprisal,” said State Department spokesman Ned Price.

The Committee to Protect Journalists decried Monday’s ruling as “unacceptable”.

The verdict “demonstrates the lengths to which authorities are willing to go to punish these journalists for their work”, said Sherif Mansour, CPJ’s Middle East and North Africa Coordinator.

“Both journalists have already spent several years in prison on bogus charges, and authorities must release them immediately and unconditionally,” Mansour added.

Pre-trial detention can last two years under Egyptian law, but in practice detainees are often kept waiting behind bars longer.

Abdel Fattah was arrested in the wake of rare night-time protests prompted by an exiled construction contractor calling for the removal of Sisi on claims of corruption.

Baqer and Ibrahim were also detained in a massive crackdown.

Abdel Fattah has spent most of the past decade in jail at Tora, one of the country’s most notorious prisons, after previous convictions.

His mother, mathematics professor Laila Soueif, wrote in a New York Times opinion piece published on Saturday that “the outside world, once so inspired by the Egyptian revolutionaries, is looking away.

“His crime is that, like millions of young people in Egypt and far beyond, he believed another world was possible. And he dared to try to make it happen.”

Prolific writer Abdel Fattah’s critically acclaimed essay collection “You Have Not Yet Been Defeated” was published in October.

“At its fundamental core, his writing is attached to justice,” Soueif told AFP in October when the book was released.

Ahead of the trial session, Egypt’s foreign ministry lambasted the German government on Saturday for a statement calling for a “fair trial” and the release of the three dissidents.

Human Rights Watch on Sunday slammed “the government’s rush to use emergency courts… after holding people illegally for years in pretrial detention”.

The New York-based rights watchdog then said that if Abdel Fattah Abdel Fattah and the other activists were to be sentenced, this would confirm “that fierce repression of peaceful critics remains the order of the day in Egypt.”

In a 2019 interview with the show 60 Minutes on US broadcaster CBS, Sisi said there were no political prisoners in Egypt.

The former army chief became president in 2014 after leading the military ouster of Islamist president Mohamed Morsi a year earlier.

He has since overseen a sweeping crackdown on dissent. Those jailed for criticizing the political status quo has included academics, journalists, lawyers, activists, comedians, Islamists, presidential candidates and former MPs.