World will have to get united against extremism: governor

* Sarwar says extremism and terrorism have nothing to do with Islam 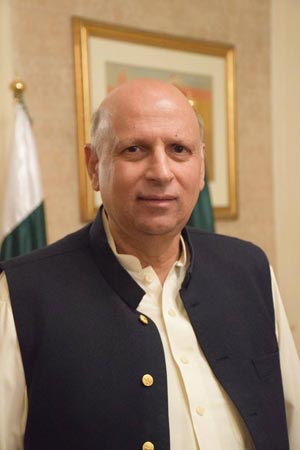 Punjab Governor Chaudhry Sarwar has said that unfortunately extremism is on the rise all over the world against which the international community will have to get united. Addressing a seminar on ‘Radicalisation of youth: Challenges for Pakistani universities’ at the University of Okara, here on Monday, and later on talking to the media he said that extremism and terrorism had nothing to do with Islam. He said that India’s RSS was the biggest extremist and terrorist organization in the world and Indian Prime Minister Narendra Modi was patronising it. He regretted that the international human rights organisations were playing the role of silent spectators. “Why doesn’t the world see their terrorism and extremism? Pakistan is doing its best to save Afghanistan from humanitarian crisis. The United States should also reconsider its policy towards Afghanistan,” the governor said.

The governor said that Pakistan’s efforts for promotion of religious harmony were unprecedented. For complete eradication of extremism, it is necessary to promote tolerance in society. Unfortunately, tolerance is running out among people. Everyone wants to impose its point of view on others. If anyone disagrees and does not vote for someone, they become an enemy and start issuing fatwas. In any case, it is not in the interest of the country, Ch Sarwar said.

Chaudhry Mohammad Sarwar said that there is no doubt that Islam has nothing to do with extremism and terrorism. Narendra Modi is the biggest terrorist in the world who is not only killing innocent people in Kashmir but also inside India and committing genocide against Muslims and other minorities. They are not being given any other religious freedom including Friday prayers. The world should take notice of this extremism and terrorism by breaking the silence on this role of India.

The Punjab governor said that India was spreading propaganda against Pakistan. However, he added, Pakistan had already thwarted India’s plot on the diplomatic front and they would not be allowed to succeed again. Under the leadership of Prime Minister Imran Khan, Pakistan was exposing the true face of India all over the world.

On the issue of Afghanistan, Ch Mohammad Sarwar said that time had proved that war was not a solution to problems. Unfortunately, the world is ignoring Afghanistan crises, which is causing an alarming increase in poverty over there. To avoid a major human tragedy, the world must work for development and stability of Afghanistan Otherwise, the region and the world will not be able to control the situation in the days to come. Other speakers also stressed the need to end extremism, saying that no one should take the law into his hands and when the whole nation would work in unity, then we would get rid of extremism completely.