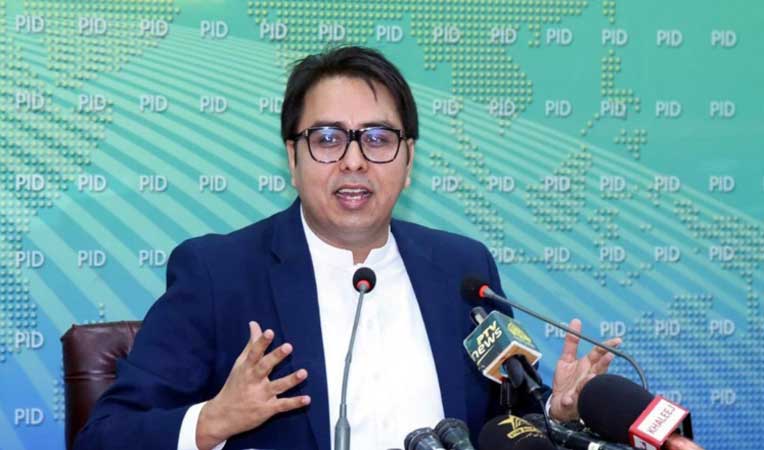 Special Assistant to Prime Minister for Political Communication Shahbaz Gill has said that Pakistan Tehreek-e-Insaf (PTI) government under the able leadership of Prime Minister Imran Khan had paid special attention towards tree plantation and awareness was being created at different levels to overcome smog situation.

He said this while addressing a press conference at Governor’s House on Monday. He said that the premier’s initiatives aimed at ensuring clean environment had been acknowledged globally. “Pakistan was taking steps to end carbon emission and the country’s contribution was in positive terms for ensuring neat and clean environment”, he added.

Shahbaz Gill said that holding of Organization of Islamic Cooperation’s (OIC) meeting in Pakistan was a matter of great pride for the country. He said that after four decades it was an honour for the country that entire Muslim Umah arrived here to attend the summit. There was an apprehension that more than 90 percent people in Afghanistan would go below the poverty line or face food shortage crisis, he maintained.

He said that foreseeing the possible situation in Afghanistan, Pakistan and the Prime Minister Imran Khan were the first to raise voice in this regard.

The special assistant said that the Prime Minister Imran Khan in all his international interviews talked about possible humanitarian crisis in Afghanistan and stressed upon the need to make collective efforts for handling the situation by setting aside all types of prejudices. He thanked the Allah Almighty that entire Muslim Ummah supported Pakistan’s stance and he termed the OIC session a great success.

He said that some important decisions were made in the OIC session like appointing of special representative, steps would be taken to manage food shortage problems, Saudi Arabia had allocated one billion Riyal and the entire OIC took the responsibility of not leaving the Afghanistan brethren alone in the hour of need.

The special assistant said that unfortunately in past Pakistan faced bad phase among Muslim Ummah due to lack of leadership and corruption. He further said that Marriyum Aurangzeb had commented on the expenses of the Prime Minister Imran Khan. However, Jahangir Khan Tareen had rejected all the baseless allegations for bearing expenses of Imran Khan and cleared his position. He said either the allegations should be proved with proofs otherwise those levelling allegations should tender apology in this regard.

Shahbaz Gill said that political stature of all those levelling baseless allegations was very short in the towering personality of Prime Minister Imran Khan. PML-N was making hue and cry because it was afraid of the accountability process, he added.

He further said that PML-N should give explanation about scam of Telegraphic Transfers (TTs) and added that Marriyum Aurangzeb should tell how hefty amounts had been transferred in the accounts of peons, clerks, cashiers, store keepers and others persons working in sugar mills of Sharif family. He said that PML-N had admitted it in writing that Qatari were their ATMs adding that corrupts would not be given NRO at any cost, he added.

He further said that all wrongdoings of PML-N were exposed before the people and they would not be allowed to hide anywhere. To a question, he said that PML-N was using all negative tactics to hide their corruption. Regarding local government elections in KPK he said that free and fair elections had held and opponents were also admitting it. He also condemned the attack on Federal Minister Shibli Faraz and a murder of ANP candidate.