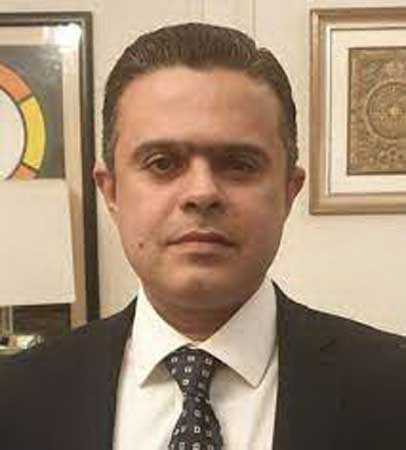 Special Assistant to Chief Minister Punjab on Information, Tourism and PHAs & Spokesperson Government of the Punjab Hasaan Khawar has said that unfortunately the opposition’s short sightedness doesn’t allow it to see beyond its own agenda.

He said that the incumbent government was fighting and correcting the wrongs of the last 70 years and is focused on performance and free and fair elections. He was talking to media representatives in Jillani Park. He said that the difficult economic predicament COVID-19 put the world in has forced us to take difficult decisions. But thrifty decisions taken by the government have put the national economy back on track, he said. “Despite hard reality of prevalent inflation our economic growth is increasing and people are getting jobs,” he said.

Remittances are at record level today; PTI government has taken record steps to eradicate air pollution which were also lauded globally. He said Miyawaki forests in city centers as well as was as the Ten Billion Tree Tsunami Program are steps in the right direction. Earlier, he visited PHA Headquarters where he met Director General PHA Jawad Qureshi, Chairman PHA Yasir Gillani, Vice Chairman Hafiz Zeeshan and other senior officials. Hassan Khawar was briefed in detail on the initiatives and plans of PHA. Hasaan Khawar was informed that PHA has planted 53 Miyawaki forests in Lahore city in line with the vision of the Prime Minister Imran Khan and Chief Minister of Punjab.

About 4 lac trees have been planted on 303 kanals of land. The Special Assistant was further informed that more than 90,000 free plants have also been distributed by PHA while Botanical Value is being cataloged in various orchards. Hasaan Khawar was also briefed on PHA’s annual calendar and annual development schemes. Speaking on the occasion, Hasaan Khawar appreciated the initiatives and plans of PHA and commended the officers of PHA.

“Unfortunately, the city of gardens had been left desolate in the past,” he said. We are committed to restoring its beauty. He said that Lahore will be made green again and Miawaki forest project will be promoted as much as possible. Hasaan Khawar said that all the PHAs will make a business plan which will also increase the revenue and provide better services to the people.