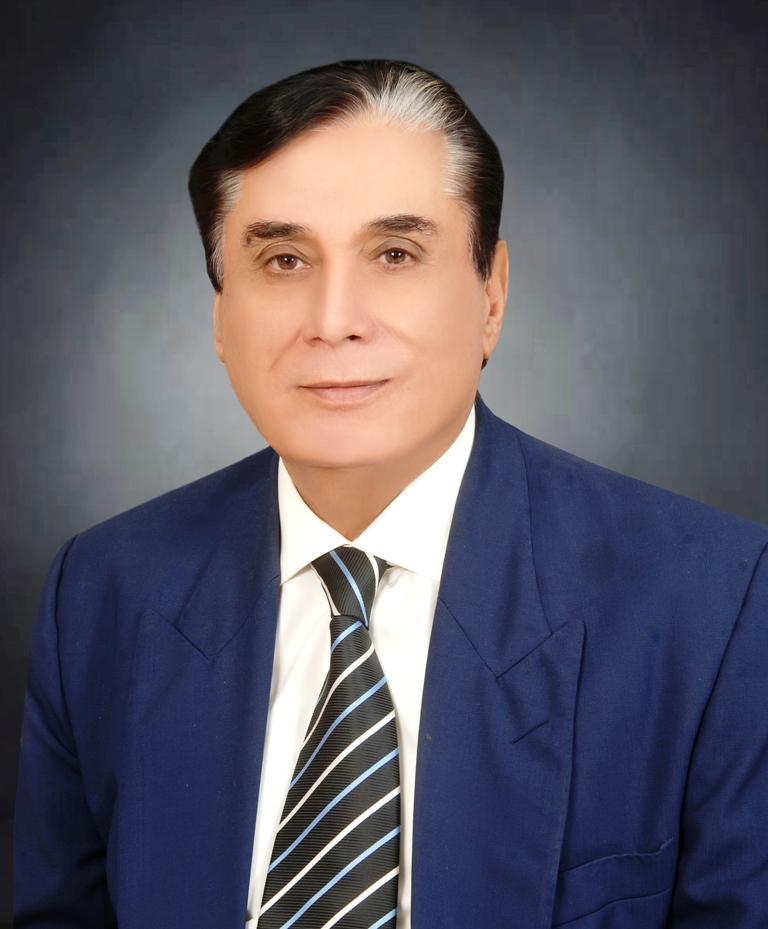 ISLAMABAD: Honourable Justice Javed Iqbal, Chairman NAB has said that the business community play important role in the economic development and prosperity of the country. NAB has great regard for the business community. NAB had referred cases of sales tax, income tax and under-invoicing to FBR for appropriate action as per law.
Taking mega corruption white-collar crime cases to logical conclusion and eradication of corruption is the topmost priority of NAB and extraneous efforts are underway to achieve the above-mentioned goals of corruption eradication and taking mega corruption cases to a logical conclusion.
Investigating white-collar crimes is a big challenge. NAB officials are fulfilling the duty of eradicating corruption from the country as a national duty.
NAB received most complaints about illegal housing/cooperative societies and the modaraba/musharka scandal. He said illegal housing/Cooperative Housing societies allegedly involved in looting hard earn money of poor people through sales of plots in different housing and cooperative societies without having  NOC/Layout plan approval as well as sufficient land required for the society.
In some cases, illegal housing societies have no land for the housing scheme. The trapped people to buy plots by attractive advertisement campaign. Chairman NAB has directed the regional bureaus to submit the latest report of illegal housing societies, cooperative societies and modaraba scandals so that progress on ongoing cases would be reviewed, besides expediting efforts of resolving complaints and recovering hard-earned money of the affectees.
He said that NAB has introduced a joint investigation team (CIT) system to benefit from the collective wisdom of its senior supervisory officers, besides giving two months from complaint to complaint verification, four months time from complaint verification to inquiry and four months time from inquiry to the investigation.
He said the NAB has set a time limit of 10 months for the disposal of cases, of which, positive results have already been started pouring in.
In addition, the NAB has established a forensic science lab to investigate cases on modern lines with a view to further improve the quality of investigations on the basis of which the prosecution effectively pursues NAB cases in the learned courts on the basis of solid evidence.
That is why 1194  accused were not only convicted by the esteemed accountability courts due to vigorous prosecution of NAB for the last 4 years but also imposed fines worth billions of rupees.
He said that NAB has established its own Pakistan Anti-Corruption Training Academy which aimed to provide training to NAB’s investigating officers and prosecutors on modern lines so that they could further peruse NAB cases in the esteemed courts with more preparation and effectively as per law.
He said that NAB has chalked out a three-pronged strategy comprising awareness, prevention and enforcement. He said that NAB is a human-friendly organization that beliefs in the self-respect and esteem of every person as NAB’s affiliated to the state of Pakistan and not to any political party, group or individual.
NAB always believed in carrying out its duties in accordance with the Constitution and the law. Since its inception, NAB has exported Rs 821 billion directly and indirectly, while in the last four years, NAB has recovered Rs 539 billion directly and indirectly, which is a record achievement – duly acknowledged by reputable national and international organizations.