How a Christmas exhibition focuses on diversity 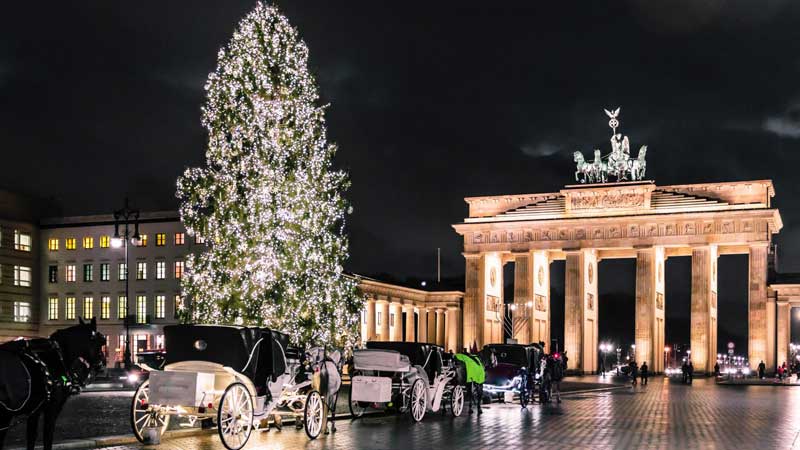 After the October Revolution of 1917, Christmas was banned in the Soviet Union. As a replacement, in 1937 the state created the Jolka Festivity, held on December 31. During this recently created festivity, a pine tree called a “Jolka” was decorated, and characters from Russian fairy tales that represent winter come together, including Father Frost and the Snow Maiden. “To me, that’s a really fine example of an invented tradition that has become a very firm tradition,” said museum curator Iris Edenheiser.

Edenheiser developed the current Christmas-themed exhibition at Berlin’s Museum Europäischer Kulturen, which runs until January 30, 2022. Titled “A wie Advent, Z wie Zoff. Ein Weihnachts-ABC”, the exhibition explores both the dark and light sides of the holiday that comes but once a year.

“Traditionally we would show Nativity scenes from the collection, or we would make an exhibition on Advent calendars – something typical of Christmas,” said Edenheiser. Instead, she chose to do something that interested her as an atheist, and likewise her co-curator, who hails from a Muslim, Turkish family background. 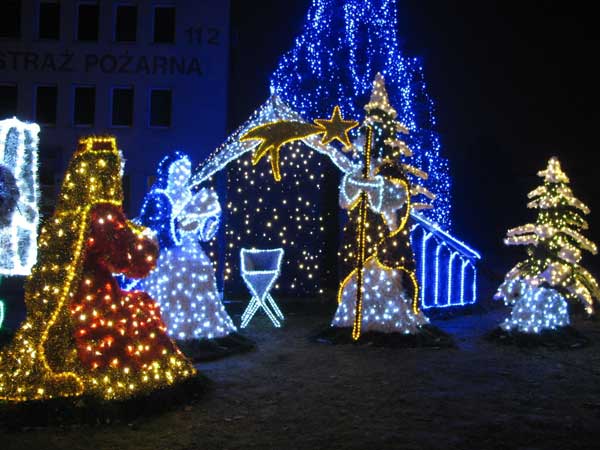 TWO SIDES OF CHRISTMAS — there are two sides to the holiday, said the curator, both of which are represented in the exhibition. “For many people, it’s the high time of the year with a lot of positive connotations. But on the other hand, it also has a dark side.”

“It reveals a lot of differences – there is a great deal of exclusion of people who are poor and people who don’t celebrate Christmas, or people who cannot bear the closeness of family ties,” said Edenheiser. The holidays also generate a lot of waste and raise questions about sustainability. The items on display in the exhibition range from traditional Advent calendars to pop culture kitsch and political posters. Representing the Jolka Festivity is a paper cutout winter scene that was given to children in East Germany by the Russia House in Berlin in 1989. It was a highly symbolic year, as the Berlin Wall had just fallen and it was the first Jolka Festivity where people from East and West could celebrate together.

POINTING THE SPOTLIGHT ON RACISM — the exhibition is organised around the alphabet, with each letter representing a different word related to the Christmas theme. Some refer to issues in today’s society.

For example, the ongoing debate about racism is reflected within the theme of the letter S, which stands for “Sinterklaas,” otherwise known as St. Nicholas. But the theme does not focus on the jolly old man who brings gifts to good little Dutch boys and girls on December 5. Instead, it explores the debate around “Zwarte Peit” or “Black Pete,” Sinterklaas’ servant who is based on racist stereotypes. The holiday season actually begins in November with the arrival of Sinterklaas, which is marked with parades and public events around the Netherlands, including people dressed as Black Pete who wear blackface, a curly wig and clothes based on the costumes of 16th-century slaves or servants. On display in the exhibition are a T-shirt and poster provided by activist Jerry Afriyie, who founded the “Kick Out Zwarte Piet” campaign, which over the past several years has mobilized people to protest.

That resulted in the banning of “Zwarte Peit” merchandise and the cancellation of several Sinterklaas arrival parades. Although the Zwarte Peit figure has long been classified as racist, only since the Black Lives Matter movement has there been a majority of support in the Netherlands for re-imagining this character.

MOST DIFFICULT TIME OF THE YEAR — Christmas is one of the most challenging times of the year for many people, including those in prison and those suffering from extreme poverty. The letter X in the exhibition is used to represent the German word “nix” – a colloquial term for “nothing.” The curators addressed the topic of homelessness and got in touch with a homeless couple. When asked about their associations with the holiday while living on the streets, “they said Christmas just generally stands for winter and for the coldest time in year when you need to survive and stay warm,” Edenheiser said. It’s also a time when money is collected for the months to come. “They told us at Christmas people are very generous, but it immediately stops after Christmas,” she said. The money donated in December becomes a necessary livelihood for January and February, when suddenly the Christmas spirit is a thing of the past.

The couple also said that while many people donate clothes, few donate the items that are really necessary – the exhibition displays two of the most important things the couple owned when they were on the streets: a sleeping bag and a pair of winter boots. Edenheiser admitted that she is pleased with how the exhibition touches on both critical and celebratory aspects of the holiday. “I wanted to create an exhibition in which there’s something for everyone: People who don’t celebrate Christmas can find something in there; people who hate their family gatherings can find something in there – but also people who love Christmas and the Christmas atmosphere will find something, too,” she said. The exhibition “A wie Advent, Z wie Zoff. Ein Weihnachts-ABC” runs in Berlin at the Museum Europäischer Kulturen until January 30, 2022.