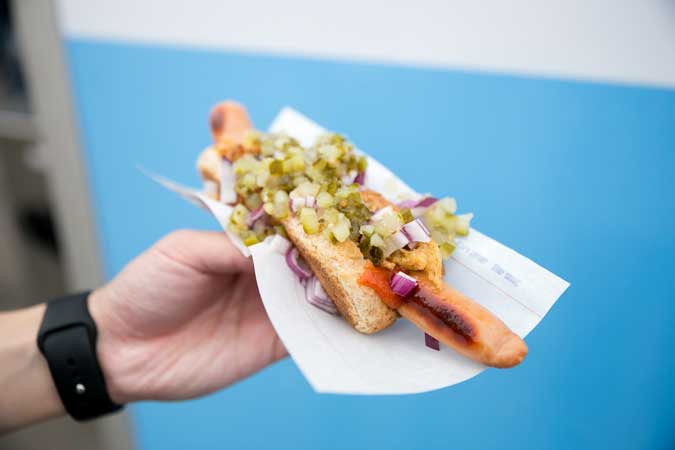 Christiania, an autonomous 1,000-strong community in Copenhagen, was once known predominantly for its tolerance of drugs not for its artisan bakeries, but the scene is changing. These days you’re more likely to get a whiff of organic bread baking than wacky baccy, as I discover on a food tour of the Danish capital. Other areas have cleaned up their acts, too. Vesterbro, located just outside the city centre, was once dense with slaughterhouses, butchers’ shops, market halls and brothels. It’s still gritty, but now brims with independent cafes, restaurants and micro-breweries and can take much of the credit for transforming this city into one of Europe’s most exciting food hubs. I’m staying at Scandic Kodbyen, which has an interior that gives more than a passing reference to its meatpacking history.