* 'Maine banaya,' the text on the picture read 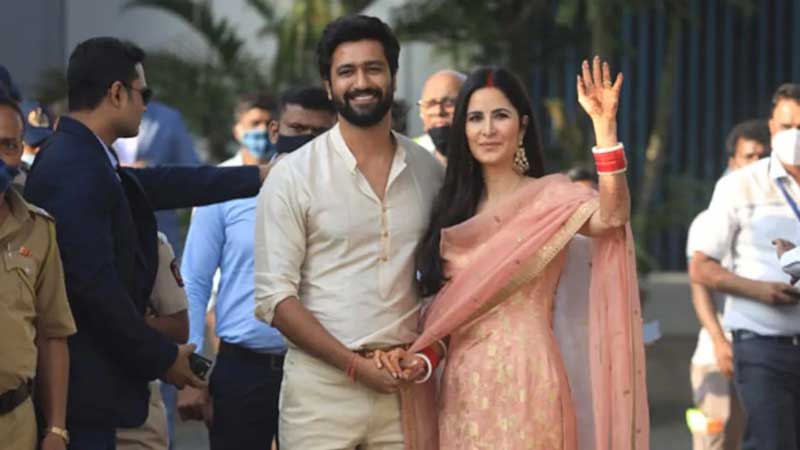 Bollywood actor Katrina Kaif cooked a Suji ka halwa for her husband Vicky Kaushal as she turned into a housewife after her marriage.

She took to Instagram to share the picture of her holding a bowl of the sweet dish she made for her spouse. “Maine banaya,” the text on the picture read.

Vicky Kaushal then shared an image that sees a spoon inside the bowl and wrote that it was the “best halwa ever”.

The pictures of Katrina Kaif cooking the dish for Vicky Kaushal circulate more than a week into their marriage.

They tied the knot in a star-studded event in Rajasthan. They then went to Mumbai to reside in a newly bought rented apartment located in the Juhu area of the city. It is pertinent to mention that the celebrity couple is frequently sharing pictures of wedding ceremonies on their respective social media platforms.

It is pertinent to mention that the newlyweds received expensive and luxurious wedding gifts from their fellow celebrities namely Salman Khan, Ranbir Kapoor, Shah Rukh Khan and Anushka Sharma.

Salman Khan gifted a Range Rover vehicle that costs INR7 crores to them while Ranbir Kapoor’s gift was a diamond necklace worth INR6.30 crores.