Britney Spears and Sam Asghari’s Christmas plans include having kids 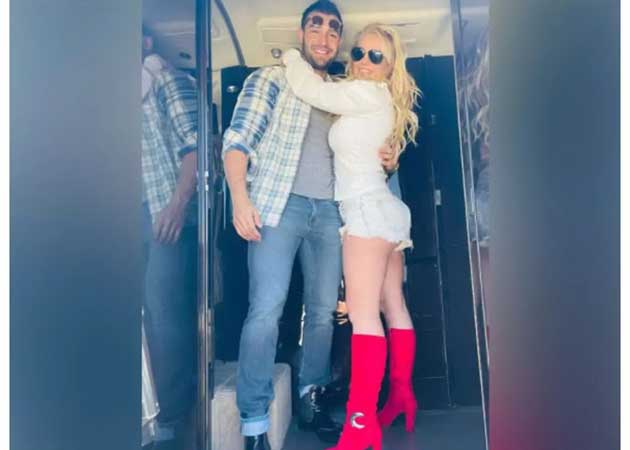 Britney Spears’s fiancé Sam Asghari has revealed that their Christmas plans revolve around ‘a lot of baby making’.

Sam Asghari, who was spotted by photographers after a workout at the gym on Saturday, made this comments while responding to a question about their Christmas plans.

When asked by TMZ what his and Britney’s plans were for the holiday season, the 27-year-old responded as saying: ‘Baby making.’

Britney’s fiancé then doubled down on his answer and repeated: ‘Baby making, a lot of baby making!’

The due teased fans earlier this week about a ‘new addition’ to the family on social media, asking fans to guess whether it was a boy or girl.

The Toxic singer, 40, shared a video of her in front of her Christmas tree with her back to the camera, as she cradled something in her arms and pretended to feed it with a baby’s bottle, captioning: ‘New addition to the family, guess if it’s a boy or a girl… thank you again baby @samasghari!!!!’

Britney Spears has first revealed her desire to grow her family during a hearing ahead of her conservatorship being lifted.