‘Allahyar & the Legend of Markhor’ screened in Beijing 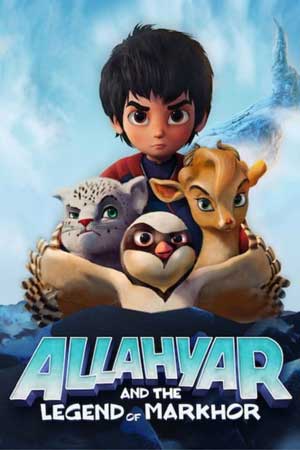 Pakistan-China first co-produced animation film ‘Allahyar and the Legend of Markhor’ was screened here at Zyed cinema on Sunday.

Pakistan Embassy Beijing in collaboration with Xi’an Bailu Fenghe Productions organized the screening of the film.

The event was a part of the celebratory activities to commemorate the 70th anniversary of the establishment of diplomatic relations between the two countries; focusing on people to people and cultural exchanges.

Speaking on the occasion, Pakistan Ambassador to China, Moinul Haque said that the movie was a groundbreaking milestone as the first joint animation production of the two countries.

It shared the important message of wildlife and natural resources preservation especially with the young, he added.

The ambassador looked forward to both the countries doing more of such successful joint ventures in the future and more Pakistani films and dramas being available for the viewers in China.

In a video message, Director and Producer of the movie, Uzair Zaheer Khan expressed pleasure over screening of his film in China.

He thanked the Pakistani and Chinese governments for extending help and support and he especially thanked co-production partners in China who have worked tirelessly to make all this happen.

Uzair Khan hoped that the film would not only provide entertainment but also deliver most important message of wildlife preservation.

The movie depicts the story of a young and mischievous boy ‘Allahyar’ and his relationship with animals. Set in the northern regions of Pakistan, ‘Allahyar’ and the Legend of Markhor, aims to send across the message of the preservation of wildlife.