World should not repeat mistake of disengaging with Afghanistan 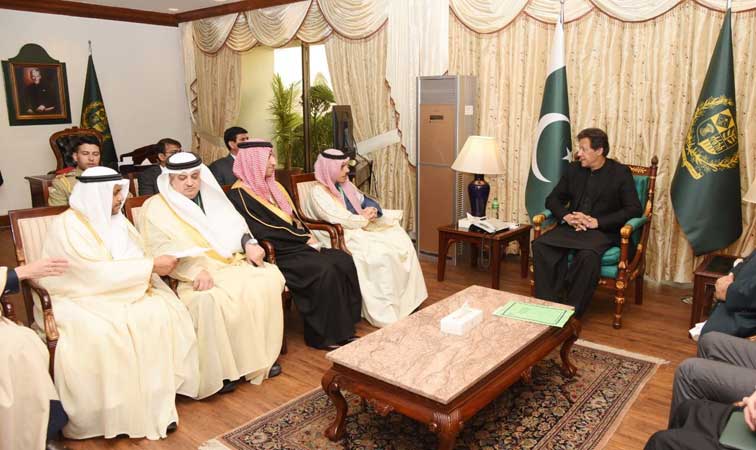 Prime Minister Imran Khan Sunday expressed the hope that the world would not repeat the mistake of disengaging with Afghanistan, urging the international community to support the vulnerable people of the war-torn country.

The prime minister, in a meeting with Saudi Foreign Minister, Prince Faisal Bin Farhan Al Saud here, appreciated the Saudi initiative to convene the Extraordinary Session of the OIC Council of Foreign Ministers on the humanitarian situation in Afghanistan held here earlier in the day.

To alleviate the sufferings of the Afghan people, the prime minister highlighted that Pakistan remained committed to facilitate humanitarian organizations working from Pakistan for their humanitarian support to Afghanistan. 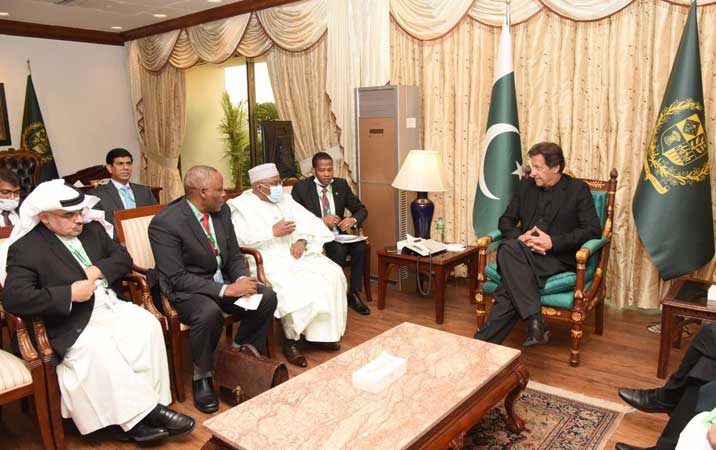 Reaffirming Pakistan’s abiding commitment to the continued well-being of the people of Afghanistan, he highlighted that Pakistan had already committed to immediate relief of in-kind humanitarian assistance worth Rs. 5 billion, which comprised food commodities including 50,000 MT of wheat, emergency medical supplies, winter shelters and other supplies.

Recalling his visit to Saudi Arabia in October 2021, the prime minister highlighted the assiduous follow-up on the decisions taken and stressed the need for exploring new avenues of cooperation to further deepen bilateral relations in diverse fields.

Thanking the prime minister for the hosting the Extraordinary Session of the OIC Council of Foreign Ministers, Prince Faisal expressed hope that the moot would be instrumental in mobilizing the international community to support the people of Afghanistan on humanitarian grounds.

He also underscored the importance that Saudi Arabia attached to its strong relationship with Pakistan, based on bonds of brotherhood.

Pakistan and Saudi Arabia enjoy close fraternal relations, marked by close cooperation and mutual support. Saudi Arabia is a member of OIC Contact Group on Jammu and Kashmir and steadfastly supports the Kashmir cause.

The prime minister, in a meeting with Malaysian Foreign Minister Dato Sri Saifuddin Abdullah, who called on here, said Pakistan was also resolved to further strengthen cooperation in a range of areas including tourism, defence, and people to people exchanges.

Thanking Malaysia for participation in the Extraordinary Session of the OIC Council of Foreign Ministers, the prime minister appreciated Malaysia’s active role in the OIC and its efforts for peace building and humanitarian assistance in Afghanistan.

The prime minister said that Pakistan and Malaysia had historical relations deeply rooted in mutual respect and support at regional and global level.

Foreign Minister Dato Sri Saifuddin Abdullah appreciated the convening of the OIC Extraordinary Session on Afghanistan as a timely initiative to address the humanitarian crisis confronting the Afghan people.

He lauded Pakistan’s constructive role for promotion of peace and stability in Afghanistan, and expressed gratitude to Prime Minister Imran Khan and the people of Pakistan for their warm welcome and generous hospitality extended during their stay in Pakistan.

Separately, Prime Minister Imran Khan hoped that the Extraordinary Session of the OIC’s foreign ministers, would provide impetus to the member states to assist Afghanistan. The prime minister in a meeting with Foreign Minister of Iran Dr. Amir Hossein Abdollahiyan here, urged the international community to find additional ways for long-term reconstruction and infrastructure development in Afghanistan. The Iranian foreign minister is in Islamabad to attend the 17th Extraordinary Session of the Organization of Islamic Cooperation’s Council of Foreign Ministers held here earlier in the day.

The prime minister, welcoming the Iranian Foreign Minister on his first visit to Pakistan, shared Pakistan’s perspective on the latest economic situation in Afghanistan. He remarked that Afghanistan needed urgent international humanitarian assistance to avert economic collapse and improve livelihood.

He appreciated Iran’s consistent support on Kashmir, especially at the Supreme Leader level and reiterated invitation to President Raisi to visit Pakistan.