ISLAMABAD: The Muslim world leaders attending the extraordinary session of OIC countries’ foreign ministers, Sunday called for an immediate and unified action to avert the looming humanitarian crisis in Afghanistan which otherwise could impact world peace.

Addressing the opening session of the 17th extraordinary Session of the Organisation of Islamic Cooperation’s (OIC) Council of Foreign Ministers to discuss the humanitarian situation in Afghanistan, the leaders were unanimous to call for the OIC’s role to protect the brotherly country from an economic collapse. 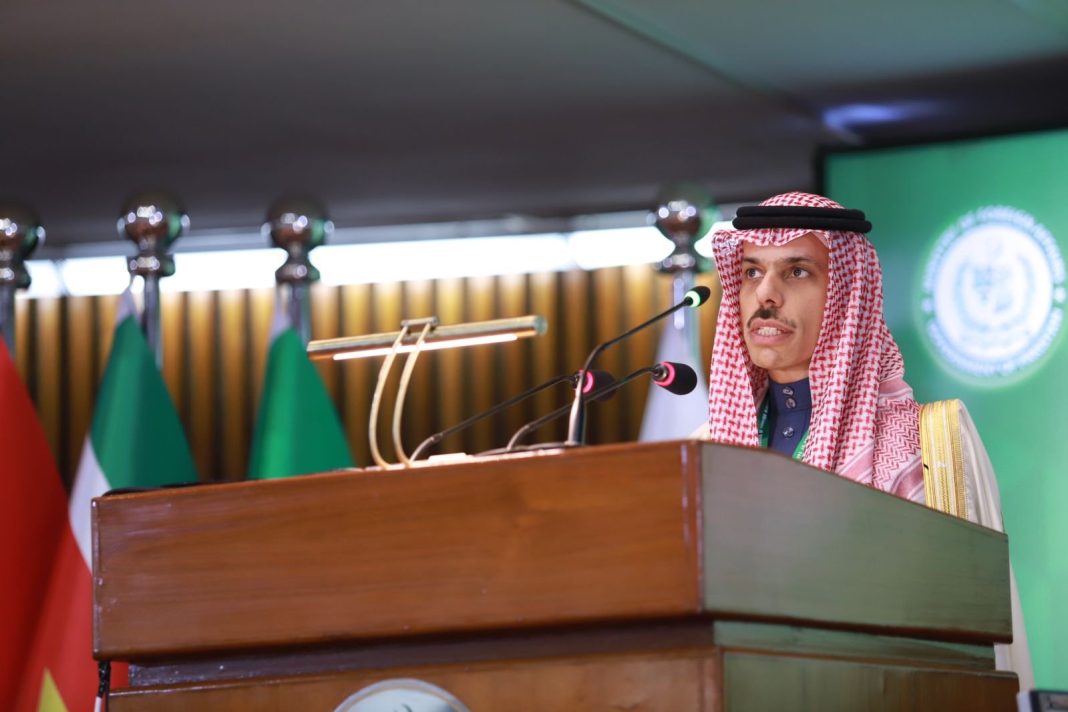 He said the people of Afghanistan have suffered for too long and had faced years of instability. The Saudi FM said that the OIC meeting expressed solidarity with the Afghans and drew the world’s attention towards the need for immediate action to put an end to the deteriorating situation.

He also urged OIC member states to play a part in providing the Afghans with the necessary support and to prevent an economic collapse in the country. He told the gathering that Saudi Arabia had recently airlifted food supplies on the directives of King Salman bin Abdulaziz and also condemned terrorist actions targeting minorities in Afghanistan. 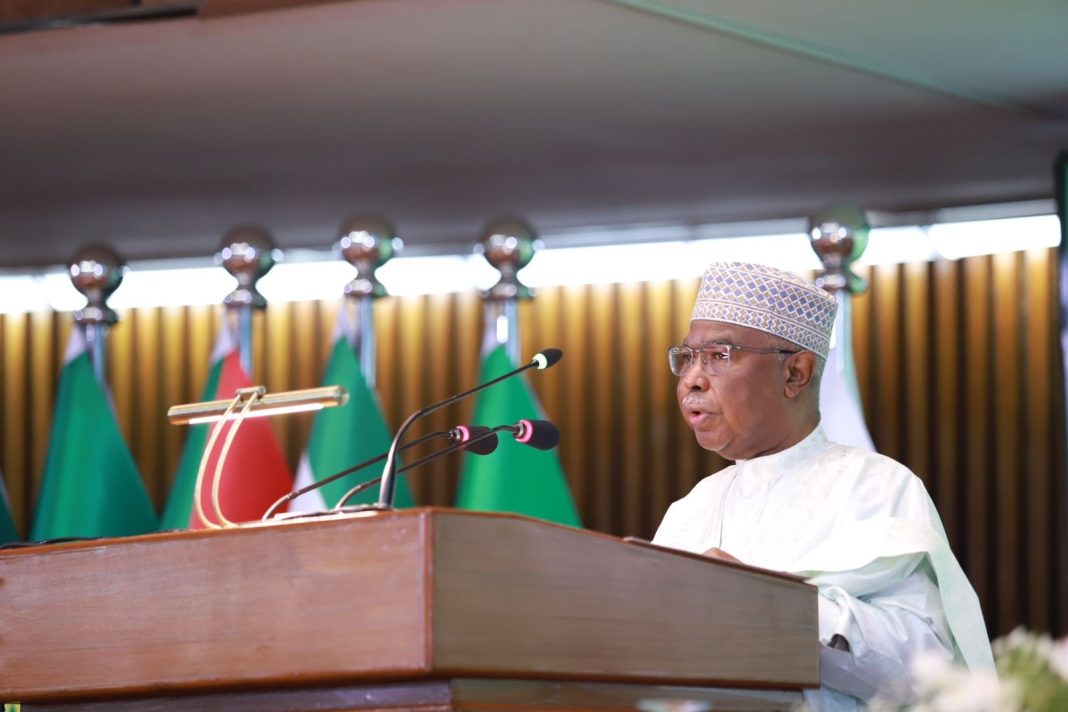 OIC Secretary-General Hissein Brahim Taha thanked the member countries for electing him to head the OIC and also thanked Pakistan for the warm welcome.

“We thank Pakistan and its people for playing host to the Conference, which is yet another expression of the country’s full commitment to the advancement of the issues of the Muslim Ummah, and its concern for promoting peace and security in the region,” he said. This effort gives a universal message of harmony and solidarity,” he said, adding that the Afghan issue has always been high on the OIC agenda.

“The OIC has always taken a strong position which supports its member countries,” he said adding that the Muslim world body called for the sovereignty, unity and territorial integrity of Afghanistan.

The OIC secretary-general said that the role of OIC members in delivering humanitarian assistance was more important now than ever before as the pandemic had exacerbated existing challenges. “We commend the humanitarian assistance provided by some member states to the Afghan people. We also call for all parties concerned to cooperate with the OIC mission in Kabul to provide relief to the affected Afghan people,” he said.

“We call all Afghan parties to put the interests of their people first, protect their lives, keep away from violence and bring lasting peace in fulfilment of their aspirations and hopes for stability, decent living and prosperity.” Taha said, “The OIC is ready to carry out a follow-up of the outcome and to play its role in supporting humanitarian action in coordination with the relevant OIC missions and relief agencies across the Muslim world,’ he said. 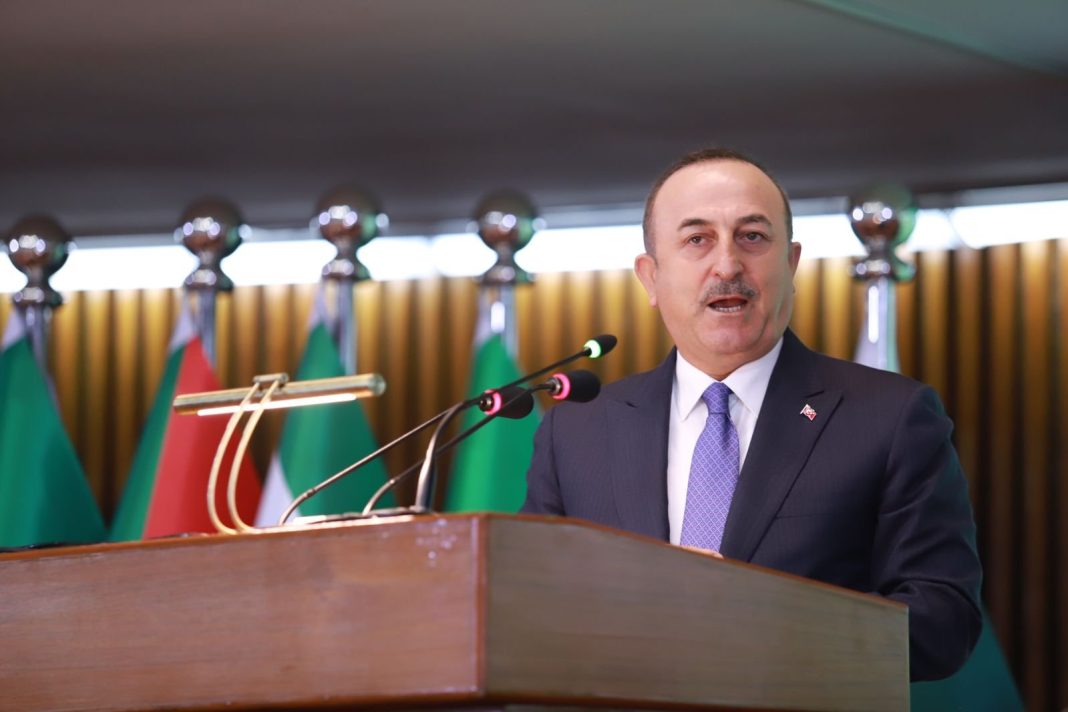 Turkish Foreign Minister Mevlut Cavusoglu, who spoke on behalf of OIC Asia Group, said the solidarity with the Afghan people was OIC countries’ moral obligation and religious duty. He said the OIC should play a leading role in mobilizing international support for the Afghan people and called for a coordinated mechanism for supporting the Afghan people.

The Turkish foreign minister also urged the world to support Pakistan’s efforts and called the establishment of a Trust by the Islamic Development Bank a step in the right direction. Mevlut Cavusoglu also underscored the need for enhanced engagement with the Taliban to achieve peace and stability in Afghanistan, adding that the inclusive government and respect for women’s rights would increase the legitimacy of the Afghan government.

Under-Secretary-General for Humanitarian Affairs and Emergency Relief Coordinator Martin Griffiths said Afghanistan’s economy was now in free fall and if we do not act decisively and with compassion, this fall will pull down the entire population with it. Martin Griffiths said the need for liquidity and stabilization of the banking system was now urgent to save the lives of the Afghan people as well as enable humanitarian organizations to respond. He said the UN stands firmly with the OIC in its efforts to contribute to the humanitarian endeavor.

Chairman Islamic Development Bank Muhammad Sulaiman Al Jasser said that immediate humanitarian relief to Afghanistan is essential to build a foundation for economic recovery and development. He said there was a need for medium to long-term engagement to promote self-reliance and development beyond immediate humanitarian relief through reconstruction activities. The Chairman Islamic Development Bank also emphasized the need for the development of agriculture sector in Afghanistan to ensure food security and poverty reduction.

Foreign Minister of Jordan Ayman Safadi emphasized the need for rebuilding and reconstructing efforts for peace and stability in Afghanistan. He said choice was clear as all the Muslim world should together protect Afghan people as half of the population was under threat. He said it was a time to take the right decision and achieve the shared goals.

Minister for Foreign Affairs and Cooperation of Niger Youssouf Elmouctar commended the Government and the people of Pakistan for hosting the session despite the COVID-19 pandemic. He commended the Saudi initiative for convening the session on Afghanistan as the situation had led to a multifaceted crisis there.

He said the Afghan people particularly the winter would be unable to bear the severe winter season which necessitated immediate action to address the situation. He called for all the possible efforts to extend support to the people of Afghanistan without any interference in the affairs of the country. He also called for respecting the rights of the Afghan people in light of the Islamic teachings.