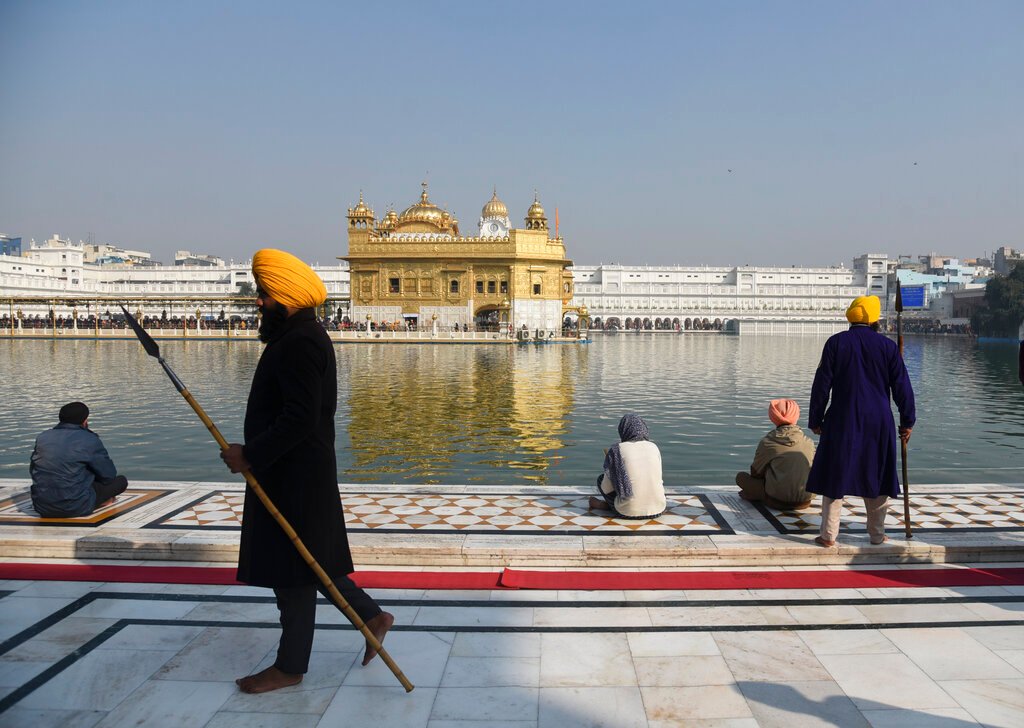 A man was beaten to death in India for allegedly trying to commit an act of sacrilege at the Golden Temple, the holiest shrine of the Sikh faith.

Local media reported that the unidentified man jumped over a railing into the temple’s inner sanctum during Saturday evening prayers in the northern city of Amritsar. Broadcaster NDTV said the man tried to grab a sword kept in front of the Guru Granth Sahib, the Sikh holy book when he was stopped by worshippers and later beaten to death.

Punjab state chief minister Charanjit Singh Channi condemned the man’s “most unfortunate and heinous act” in a series of tweets from his office late Saturday. Channi also ordered a probe to find out the “underlying motive and real conspirators behind the dastardly act.”

Defence of the Guru Granth Sahib and Sikh shrines against desecration is a highly sensitive issue for the community. Former Indian Prime Minister Indira Gandhi was assassinated by her Sikh bodyguards in 1984 after she ordered a brutal army assault on the Golden Temple to flush out separatists. Her killing sparked a bloody pogrom in the capital New Delhi which left nearly 3,000 Sikhs dead.