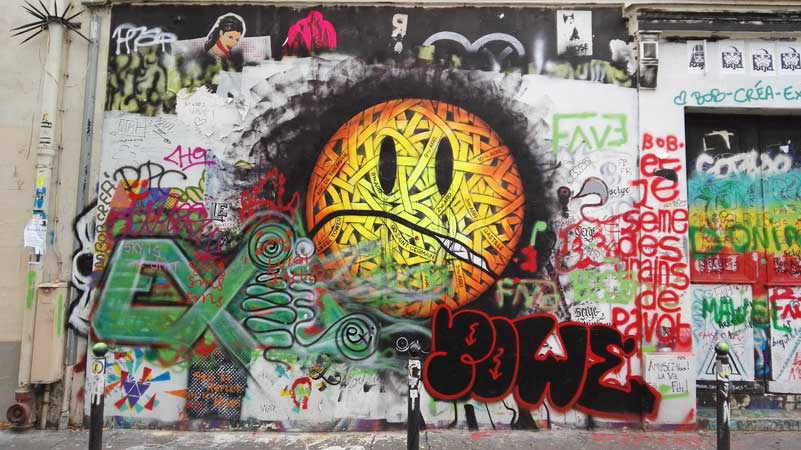 Here’s one for the diary – the influential guide Time Out has named the 22 best new things to do in the world in 2022.

The number one spot goes to Maison Gainsbourg in Paris, a museum dedicated to the life and times of singer and actor Serge Gainsbourg, followed by the House of Hungarian Music in Budapest and Melbourne’s Gabrielle Chanel: Fashion Manifesto exhibition.

The list was carefully compiled by Time Out’s global network of ‘over 100 expert editors and independent local writers’ and is made up of the most ‘fun, original and simply unmissable’ experiences, events and new openings on the horizon.

Caroline McGinn, Time Out’s Global Editor-in-Chief, says: ‘Time Out’s list of the best new things to do in 2022 is our essential guide to the most exciting things happening around the world this year. It includes monumental new museums and attractions, long-awaited comebacks for much-loved festivals, blockbuster theatre productions, and more.’ Scroll down for the list in full…

The No.1 spot on the ranking goes to Maison Gainsbourg, which will offer fans the chance to snoop around the house of musician and cultural icon Serge Gainsbourg.

Time Out says: ‘Closed off to the public since Gainsbourg’s death in 1991, early next year the interior of feted French singer Serge Gainsbourg’s Parisian townhouse will finally open as a museum dedicated to his life and work.’

According to the guide, his daughter, actor and singer Charlotte Gainsbourg, has taken the lead with the project. It adds: ‘The main attraction will surely be Serge’s famously eccentric living area, with its piano, Art Deco bar and huge collection of sculptures.’

The House of Hungarian Music – described as a ‘stunning new concert hall’ by Time Out – is set to open in early 2022.

The guide says: ‘Sou Fujimoto’s House of Hungarian Music in City Park features a roof perforated with 100 or so cavities that allow natural light, trees and sound to infiltrate the two performance venues, exhibition spaces and library.’ The travel experts note that the building features ‘magnificent spiral staircases and a complete glass exterior’.

According to Time Out, this is the first exhibition in Australia to ‘focus solely on the life and work of 20th-century French designer Gabrielle Chanel’.

The display will run until April 25 at the National Gallery of Victoria, in collaboration with Paris’ leading fashion museum, the Palais Galliera.

The guide says: ‘It sees Melbourne become the first city outside of France to host this epic touring show, featuring more than 100 Chanel garments, exploring Coco’s enduring influence on fashion, perfume, jewellery and accessory design – all with a multimedia twist that’s unique to the Aussie museum.’

The Floriade Expo 2022 is ‘a once-in-a-decade gardening show’, according to Time Out. The guide reveals that the event, which starts on April 14 and revolves around a theme of ‘Growing Green Cities’, is ‘so huge it only happens once every ten years’.

It says: ‘Known as the world’s ultimate flower show, the new, custom-built waterside site will feature countless pavilions, an arboretum, a magnificent greenhouse complex and a rich arts and culture programme.’

‘Set to debut in the second half of 2022, the Academy Museum’s next exhibition will focus on nearly an entire century of often-overlooked cinema,’ Time Out says.

The exhibition is a collaboration between the Academy Museum and Washington DC’s National Museum of African American History and Culture.

What can visitors expect from the fascinating new exhibition? The guide reveals that ‘Regeneration dives into the works of black filmmakers from the birth of the motion picture industry through to the Civil Rights era’.

Fancy visiting the largest museum in the Nordics? The new National Museum of Norway will claim that title in June 2022, Time Out reveals. The museum will house a collection of 100,000 objects, with ‘highlights including Munch’s The Scream’ the Norwegian Baldishol tapestry from 1150 and an array of Golden Age Flemish landscapes’.

The guide notes: ‘As well as the art, the building itself will take visitors’ breaths away, with its 2,400-square-metre “Light Hall” made of shimmering marble glass.’

The brand-new Museum of Broadway is the ‘first institution dedicated to the history of the “Great White Way”, aka Broadway’.

According to Time Out, the new tourist attraction will appeal to hardcore theatre fans, as well as tourists who have come to New York to take in a show.

The guide says: ‘The three sections of the museum will feature a map room showing how the theatre scene migrated across the city over the years, another space illustrating the development of the Broadway art form through various artefacts and works of art, and finally a “backstage” area looking at the professionals that make the shows happen every day.’

Dubbed ‘the world’s most remote club night’ by Time Out, Detour Discotheque will take place in the remote fishing village of Thingeyri, in the Westfjords of Iceland, for two nights only.

The guide says: ‘On April 29 and 30, DJs from Iceland, the USA and the UK will be performing to a small crowd of just 160, drawing inspiration from the discos of 1970s New York.’

It adds that the ‘self-styled “party at the edge of the world”‘ will be the first in a series of parties in remote locations around the world, and ‘is sure to be a night out like no other’.

‘Seven years late to the date, the NT$5.4billion, 59,000-square-metre Taipei Performing Arts Center will no doubt wow visitors when it finally opens in summer 2022.’

So declares Time Out of Taipei’s ‘arresting’ new cultural destination, which ‘looks like an industrial cake with a giant silver sphere bulging towards an adjacent metro station and houses an 800-seat playhouse, a 1,500-seat grand theatre and an 800-seat multipurpose theatre’.

The guide adds: ‘The best thing about this outlandish venue? A looped walkway links all three auditoriums with windows into hidden spaces.’

Retrace the Silk Road by train — Tashkent to Khiva, Uzbekistan

Next year, the extension of Uzbekistan’s railways means that travellers will be able to ‘retrace the fabled route’ of Venetian merchant Marco Polo by high-speed rail, Time Out reveals.

It adds that the route will take passengers ‘through Uzbekistan, from the capital Tashkent all the way to western Khiva – whose 94 mosques and 63 madrasas make it a UNESCO World Heritage Site’.

The brand-new Hans Christian Andersen Hus is just 90 minutes by train from Copenhagen, in the ‘charming’ city of Odense, Time Out says.

Based on the life’s work of the famed Danish author, the guide says that visitors can ‘escape into the fairytale worlds of The Snow Queen, The Ugly Duckling, The Little Mermaid and The Princess and the Pea’ as they wander through the museum.

‘Interactive and inventive biographical exhibits’ and ‘theatrical imaginings of Andersen’s memoirs’ feature among the displays.

Music lovers are in luck – the Primavera Sound festival is returning to Barcelona next year, and Time Out promises it will be ‘bigger than ever’.

The guide says that the festival ‘that turns Barcelona into a huge, beachside party’ will take place across two weekends for the first time.

It notes: ‘There will be additional concerts scheduled in between and an extra DJ event at the end, making it an 11-day sun-kissed celebration of music’s hottest names, including the Strokes, Dua Lipa, Jamie XX and more.’

The Burnt City is the top-ranking UK experience on the list. Running from March 22 to August 28, the show heralds the ‘return of Punchdrunk theatre’ – the British ‘immersive theatre gods’. The last major London event by Punchdrunk was the staging of the ‘epic’ The Drowned Man eight years ago.

Time Out says of the theatre company’s new play: ‘Outdoing themselves for sheer scale and ambition, the new show takes place in not one but two former military arsenal buildings and will be an adaptation of two Greek tragedies set during the Trojan War.’

‘The eye-catching, kaleidoscopic installations of roving interactive museum Color Factory will land in Chicago in 2022,’ Time Out reveals.

Located in the city’s famous Willis Tower skyscraper, it will be Color Factory’s largest-ever show.

Next year will see the opening of the world’s first Studio Ghibli theme park, Time Out reveals.

The amusement park, based on the work of the Japanese animation film studio, will be located near Nagoya, which is around three hours by train from Tokyo.

‘Visitors can explore five areas with rides, shops, exhibitions and gardens themed around hit anime like My Neighbor Totoro, Princess Mononoke and the Oscar-winning Spirited Away,’ the guide says.

Phantom of the Opera in Sydney Harbour — Sydney

Andrew Lloyd Webber’s lauded The Phantom of the Opera is being staged on the open water of Sydney Harbour next year.

The brand-new production will premiere in March and run for one month, Time Out reveals.

‘The bespoke reimagining is the brainchild of director Simon Phillips and set designer Gabriela Tylesova, two of Australia’s most respected theatre-makers,’ the travel experts add.

Next year a new batch of sleeper trains run by the Regiojet network will take travellers across Europe between Prague and Brussels via Dresden, Berlin and Amsterdam, expanding Europe’s night-train network.

Time Out says: ‘Doze off in magnificent Prague, then wake up 800 kilometres away in EU capital and waffle-and-beer-paradise Brussels.

‘Spurred on by the climate emergency, it’s part of a huge continent-wide drive to revive the good old-fashioned sleeper.’

The official Game of Thrones Studio Tour – the second UK experience to make Time Out’s list – is opening on February 4 in Linen Mill Studios, just outside Belfast. Time Out describes the experience, which is based on the hit HBO fantasy series, as ‘Westeros’s answer to London’s Harry Potter studio tour’.

It adds that the tour will feature props, costumes and sets, including the ‘entirety of Winterfell’s Great Hall’.

When it opens in 2022, the Grand Egypt Museum (GEM) will be ‘the biggest museum in the world dedicated to a single civilisation’, Time Out reveals.

The guide says that the Giza museum has ‘views of the great pyramids’, and is just a 40-minute drive from the capital, Cairo. It adds: ‘The museum’s rotating display will comprise 50,000 artefacts, with that number again in storage. Most importantly, this will be the first time that all 5,000 pieces of King Tutankhamun’s funerary treasure will be displayed in the same place – death mask included.’