The Sinner & the Saint — a dazzling literary detective story 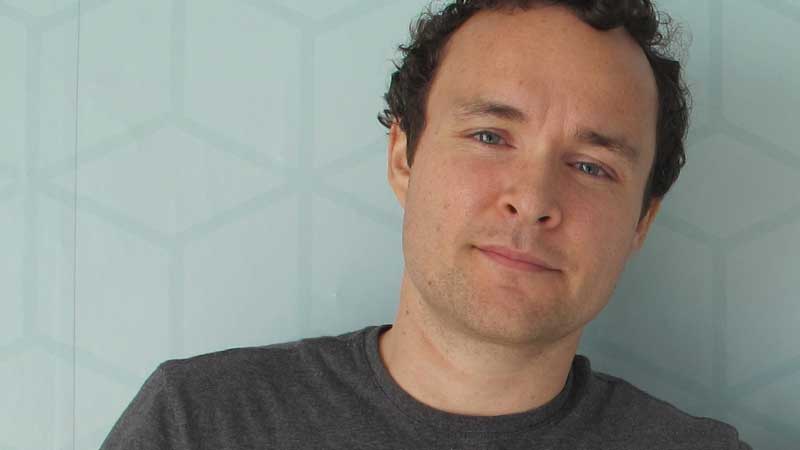 Dostoevsky, it must be said, was no saint. He was famously cantankerous; he had at least one affair during his unhappy first marriage; he was also ruinously addicted to roulette. But he had a brilliant mind, at ease with contradiction and was determined to use literature to pursue the moral consequences of the ideas that defined his era. To do so, Dostoevsky took inspiration from the real life story of Pierre-François Lacenaire, a charismatic gentleman murderer whose trial had been the talk of Parisian society in the 1830s, fashioning the bones of his life into one of literature’s most compelling sinners: Raskolnikov, the protagonist of Crime and Punishment, a handsome, clever and often kind university student who nonetheless murders two defenceless old women with an axe.

The novel set Russian society ablaze on publication, with reviewers recognising it as a work of “unrivalled importance” written “with a truthfulness that shakes the soul”. But Crime and Punishment was no ordinary whodunnit. Instead, the book has been called a “whydunnit”, since the reader witnesses Raskolnikov’s crime in vivid detail almost immediately after the novel is under way. Throughout the story, there is a fatalistic sense that Raskolnikov cannot resist his guilt; if he is not caught, he will confess. The real question is: why? Even the murderer sometimes seems at a loss to explain his actions and we sense that the final answer will expose the moral workings of his whole generation, who have fallen into the trap of utilitarianism, determined to found peaceful utopias by violent means. 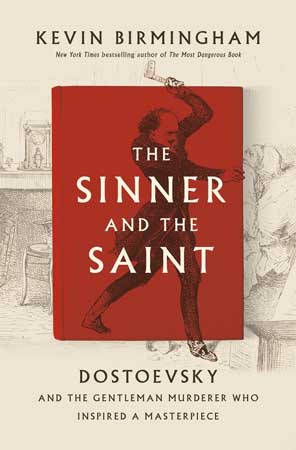 For modern readers, of course, a third question hovers behind the novel: how did Dostoevsky create a work of such ferocious conviction, whose impact was so immediate and marked? How could this man, who had fallen foul of the authorities but never for any violent crime, have published a novel that asks us to spend so much time inside the mind of a murderer? And can we ever account for works of genius, that so often appear to have sprung into the world fully formed? These are the central preoccupations of marvellous “howdunnit” The Sinner and the Saint by Kevin Birmingham, which intertwines the story of Raskolnikov’s conception with the life of his real life double, Lacenaire. It is the second book by Birmingham, whose 2014 cultural history of Ulysses was a New York Times bestseller and won the PEN New England and Truman Capote literary awards.

We first meet Dostoevsky starving in Wiesbaden, having gambled away all his money, writing frantic begging letters to friends, acquaintances and ex-lovers to pay off a hotel bill. His wife and older brother had recently died within months of each other, leaving Dostoevsky with crippling debts from the literary journal the brothers had started together. What was meant to be a relaxing writing trip had now turned into a harrowing attempt to avoid arrest. To distract himself from starvation he scribbled frantically in his notebook, hoping to write his way out of debt.

Remarkably, this wasn’t the absolute nadir of his life. Fifteen years earlier, at the age of 28, he had been subjected to the trauma of a mock execution before being sent to Siberia, a weeks-long journey in cold so severe that it could make people’s eyes congeal and encase their mouth and nose in ice. His crime had been to fall in with a group of free-thinking writers, some of whom were unwise enough to criticise the tsar, others of whom were even plotting revolution. He spent almost a decade in exile before returning to St Petersburg determined to stage his literary comeback.

Dostoevsky first read about Lacenaire in late 1860 while hunting for material for Vremya, the aforementioned journal. The 32-page account of Lacenaire’s trial he stumbled upon came accompanied by evocative engravings: the murderer well dressed in his top hat, cravat and high collar; someone about to swing an axe; the incongruous detail that Lacenaire had received a good education and wrote poetry. The author of the account speculated that Lacenaire had succumbed to the “ferocious materialism” and “egoism” of the day. In his editorial note on the Russian translation he commissioned, Dostoevsky wrote that accounts of criminal trials like this are “more exciting than all possible novels because they light up the dark sides of the human soul that art does not like to approach”. In focusing on Crime and Punishment, The Sinner and the Saint necessarily misses revealing insights from elsewhere in Dostoevsky’s copious work. For instance, one of the purest expressions of egoism is Prince Valkovsky of the Insulted and Injured. Equally, because the narrative concludes with Dostoevsky’s marriage to his second wife, Anna, we miss the final 13 years. The couple will be exiled by debt and gambling in Europe, have four children and lose two of them, and Dostoevsky will develop his themes further in his three other acknowledged masterpieces, The Idiot, Demons and The Brothers Karamazov. But that is outside the scope of Birmingham’s study, and it would be hard to fault the book on its own terms.

Meticulously piecing together the debates that fired Dostoevsky’s imagination, The Sinner and the Saint is filled with arresting details that bring the turbulence of the 1860s to life, such as the government officials, fearful of the youth, who “forced nihilist women to sign pledges that they would grow their hair long and wear crinolines”, or the radical writer, Pisarev, who enjoyed the enforced contemplation of solitary confinement so much he turned up to interrogations looking “as though he had somehow just arrived from a ball”.

Birmingham traces the evolution of Crime and Punishment through Dostoevsky’s notebooks, offering a thrilling glimpse of the creative faculties at work as he tweaks dialogue, defers the resolution of Raskolnikov’s motivations, and adds in unexpected twists. As we approach the end of The Sinner and the Saint, and Raskolnikov begins to live and breathe in all his complexity, Lacenaire begins to seem less and less interesting by comparison, a strangely two-dimensional narcissist who revels in the knowledge that his public was “captivated by my latest capers” and wants to wear his blue frock coat to the guillotine.

But it would be a mistake to read the title as referring to Lacenaire the Sinner, and Dostoevsky the Saint. Rather, each of us has the capacity for goodness and for cruelty. It is this fundamental insight by which Dostoevsky elevates the story of Lacenaire the unrepentant murderer into Raskolnikov the divided heart, who “might murder not because he was so evil but because he … wants to do good”, and whose actions turn out to be a mystery even to himself. Published 200 years after Dostoevsky was born, The Sinner and the Saint is not just a fitting tribute to one of the great works of world literature, but a dazzling literary detective story in its own right.