Talent has no religion: Humaima

* 'My last film was Bol in which I played a typical woman who does not even let her veil fall from her head,' iterated Humaima 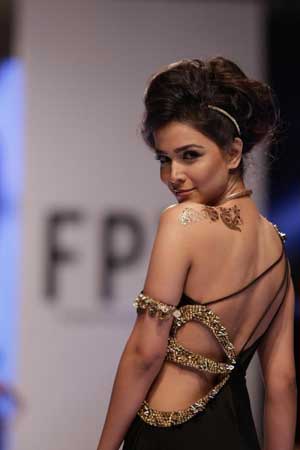 Actor Humaima Malick believes that art has nothing to do with religion. Speaking to a media outlet in a recent interview, the Bol star touched upon her Bollywood debut with Emraan Hashmi in Raja Natwarlal. Humaima admitted that she thought a lot before agreeing to intimate scenes in the movie, but later signed up for the film thinking that ‘it was just a role.’

“My last film was Bol and there I played a typical woman who does not even let her veil fall from her head. And in her next project, if she gets to kiss her co-star then I think anybody would be worried.” She added, “I made myself strong with the thought that ‘talent has no religion’. It was just a role,” iterated Humaima.

She continued, “I have always been an independent ‘bold’ girl who paid her own bills. I started working at the age of 14. I had to support my family and at that time, I did not think twice before doing an intimate scene.”

Speaking about the backlash she received while performing the role, Humaima added:

“There was a lot of hatred for me when I performed the role of a bar dancer. I did a lot of hard work to play this role as this culture is not there in Pakistan. My director took me to various bars and I observed the body language of those dancers. It’s a very tough job they are doing and I have immense respect for them.”