* The series of seven films will play in the background at various key points, in harmony with live music, during the performance of Al-Wasl 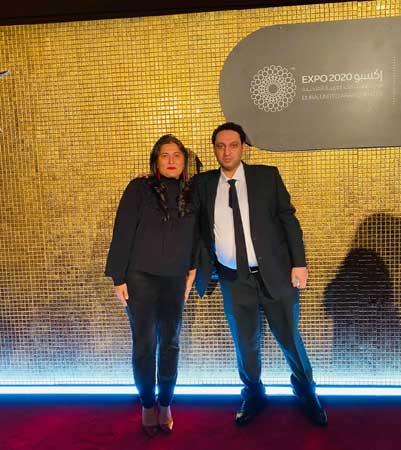 Two-time Academy Award-winning film-maker Sharmeen Obaid-Chinoy has announced her collaboration with Welsh National Opera for Expo 2020 Dubai’s Al-Wasl Opera, a cultural milestone that celebrates thousands of years of UAE history, its achievements to date and its aspirations for the future.

The show will be performed at Dubai Opera for its premiere run from till 19th December 2021.

The series of seven films will play in the background at various key points, in harmony with the live music, during the performance of Al-Wasl. The films have been produced by SOC Films and directed by Sharmeen Obaid-Chinoy, in close collaboration with celebrated American composer Mohammed Fairouz and renowned British Director Sir David Willoughby Pountney. An Opera in Three Acts, the performance will feature more than 100 artists and musicians, as well as a production team of 70 professionals, to combine the best global operatic talent, celebrating Expo 2020’s theme, ‘Connecting Minds, Creating the Future’.

Produced in collaboration with Welsh National Opera, composed by Mohammed Fairouz, co-authored and written by Maha Gargash, directed by Sir David Willoughby Pountney and conducted by Justin Brown, Al Wasl translates as ‘the connection’ in English and is the old name for Dubai. The connection here implies international cooperation, with Al Wasl Opera showing how we must work together to channel Sustainability, one of Expo’s three subthemes. Mohammed Fairouz, Composer, Al Wasl Opera, said: “Celebrating Expo 2020’s vision of collaboration, Al Wasl Opera brings together many people from a variety of artistic backgrounds in order to create one art form – and there’s nothing more universal than opera and theatre. If people can laugh and cry together, then anything is possible between them.”

Sir David Willoughby Pountney, Director, Al Wasl Opera, said: “The story of Al Wasl begins in the desert, and we created a rather original way of depicting this desert in a metaphorical way. In the middle act, we are in the present, where there is a strong reference to the creation of the Burj Khalifa, and we move on into the future in the final act, where we are in pure fantasyland about what the future may or may not look like, depending on whether we make a commitment to a sustainable tomorrow.”

Sharmeen Obaid-Chinoy, Film Director, Al Wasl Opera, said: “We worked closely with Sir David Pountney and Mohammad Fairouz to create films that spoke to the music and choreography of the opera. In telling the story of the UAE and its growth, we also told the story of the men who built it, including the story of a Pakistani worker Adnan and his daughter Eshal. As filmmakers we visualize stories and to be able to do that on an opera stage with the best in the world has truly been an honor.”

Al Wasl Opera will be presented in English, with a runtime of 120 minutes, including one intermission.