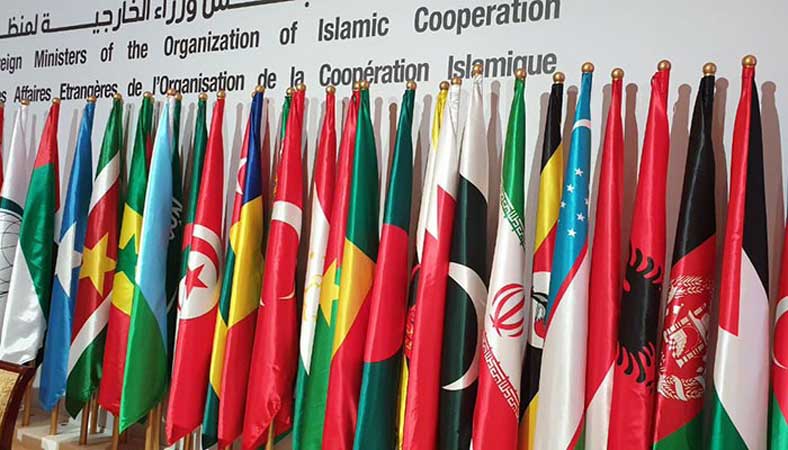 Pakistan on Saturday hoped that the OIC conference in Islamabad would help achieve the consensus on Afghanistan and attract the world’s attention needed to address the crisis.

Speaking to the media at the Parliament House after examining the arrangements for the 17th Extraordinary Session of the Council of Foreign Ministers of the OIC set to take place today, Foreign Minister Shah Mahmood Qureshi said that with the world joining its voice, Pakistan’s stance on the prevailing situation in Afghanistan was growingly getting recognition. He said from the very first day, Pakistan told the world about the looming humanitarian crisis and that the situation could also lead to an economic collapse if the banking system remained dysfunctional for long. He said the economic collapse of Afghanistan would not only impact the immediate neighbors or region but the world in form of exodus of refugees as well as terrorism. He said objective behind hosting the moot was to attract the world’s attention towards the food shortage, plight of the children, and the financial difficulties in the war-torn country. “Today, the world seems to be getting convinced on this. Around 11 NATO commanders who had served in Afghanistan are also pointing toward this. The ambassadors who served in Kabul and are fully cognizant of the ground realities have written in their Op-ed asking the Biden administration to review its policy,” he said. The foreign minister, who earlier examined the committee rooms for meetings of the delegates as well as the bilateral meetings, besides the arrangements to receive the dignitaries, told media that the envoys had urged the US administration to think of the people of Afghanistan for whose welfare, the US had made huge investment. He said Pakistan had been calling the world not to show any indifference and many voices were joining it including from the European Union. “Around 39 US congressmen have written a letter to US Secretary of State Blinken saying it is our responsibility and moral obligation to avert the humanitarian crisis. New thinking is emerging and this is the very objective of this extraordinary conference,” he said.

He told media that the 437 delegates had registered themselves to be part of the moot. A huge number of foreign and deputy foreign ministers are arriving, he added. “This meeting will be very important and historic. We are at the threshold of history. If we take the right step, it can bring in regional, peace, stability and prosperity in Afghanistan. God forbids, if we showed negligence, or not took the timely decision, then Afghanistan can face a new crisis,” the foreign minister warned. He said any new crisis would impact the whole region rather the world as people would be compelled to migrate.

Meanwhile, Foreign Minister Qureshi told his Afghan counterpart that an inclusive government and respect for human rights, particularly women, was in the interest of the Afghan government.

The foreign minister, in a meeting with the visiting interim Afghan Foreign Minister Amir Khan Muttaqi here, said since August 15, Pakistan had been striving for attracting the world’s attention towards the humanitarian and economic situation of Afghanistan.

Muttaqi is in Islamabad to attend the 17th Extraordinary Meeting of the Council of Foreign Ministers of the Organization of Islamic Cooperation on Afghanistan set to take place on Sunday here.

Qureshi said the hosting of the extraordinary moot was also part of Pakistan’s efforts to support its Afghan brethren. He told the Afghan counterpart that through this meeting, Pakistan would tell the world not to repeat past mistakes rather move forward. Regarding his announcement of Rs 5 billion assistance for Afghan people during his visit to Kabul, Foreign Minister told the Afghan dignitary that the government had arranged food, medicines and 50,000 metric tons of wheat for the Afghan people. Moreover, a team would soon visit the hospitals being run with Pakistan’s support in Afghanistan.

The foreign minister said the economic stability of Afghanistan would be in everyone’s interest, so the world should not waste the opportunity earned after 40 years. The interim Afghan foreign minister thanked Foreign Minister Qureshi for inviting him to the moot and for the warm hospitality.

Separately, Prime Minister Imran Khan welcoming the delegations from member states of Organization of Islamic Cooperation (OIC) on Saturday said, the OIC extraordinary session was an expression of solidarity with the people of Afghanistan.

In a tweet on social media platform, he wrote, “I welcome delegations from OIC mbr states, observers, friends, partners &int orgs to Pakistan.

The extraordinary session of OIC CFMs is an expression of solidarity with the Afghan ppl& to focus our collective energies on addressing the dire humanitarian situation in Afghanistan.” “I look forward to speaking at the conference,” he added.