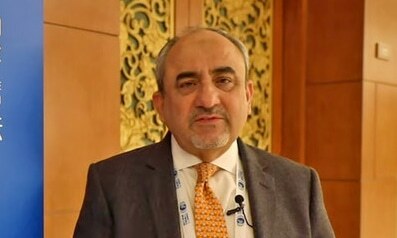 ISLAMABAD: Khalid Mansoor, the Special Assistant to the Prime Minister (SAPM) on the China-Pakistan Economic Corridor (CPEC), stated that all power generation projects are in line with the country’s growing needs, and that the government is now concentrating on providing electricity to the Special Economic Zones.

“Power generation projects are not over and above the national requirements,” he said, rejecting the narrative propagated to be the major cause of circular debt trap and capacity payment issues.

Mansoor said all the projects were set up in line with the NEPRA policy.

The SAPM on CPEC, in rejecting allegations of corruption in the power projects, stated that the Chinese side, as well as the IPPs, “strongly protested” when the government raised the spectre of massive corruption and kickbacks in the power projects, which bothered them and prompted them to seek an explanation for the unfounded allegations in the media.

As president of the Overseas Investors Chamber of Commerce and Industry, which represents 192 multinational corporations, Mansoor said he would question them about why they were not investing more in the country. They would always declare that any further investment or production increase is impossible owing to huge load shedding and power outages. According to him, a global excess of 30-35 percent power is a vital requirement for ensuring a sustainable and uninterrupted power supply.

We are persuading Chinese investors in particular, as well as other investors in general, to take advantage of the massive incentives, including fiscal ones, available in SEZs in order to transform the country into a massive industrial hub.

In response to a question on the countries’ ties, the SAPM denied that relations between Islamabad and Beijing had soured, saying, “I have cordial relationships with all those working on CPEC from the Chinese side, and I also meet the Chinese ambassador on a regular basis.”