No chance for Shehbaz to escape punishment

* Fawad says 17,000 transactions of 18 people checked through which Rs 16 billion were laundered by only one factory of Shahbaz and family 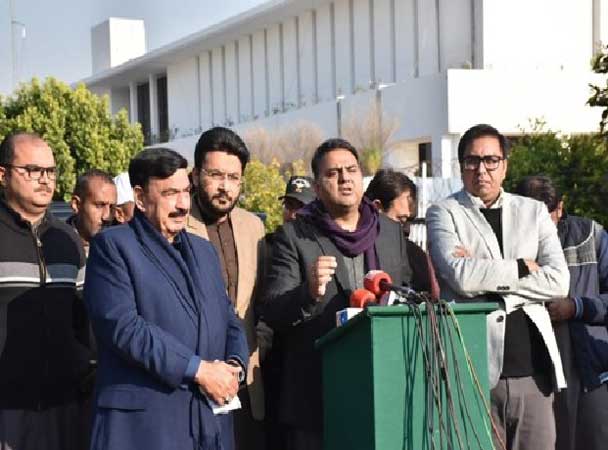 Minister for Information and Broadcasting Fawad Chaudhry Friday said with the availability of evidences in the money laundering case, PML-N President Shehbaz Sharif could not escape punishment.

Addressing a press conference in Islamabad along with Minister of State of Information and Broadcasting Farrukh Habib, Interior Minister Sheikh Rashid Ahmad and SAPM on Political Communication Shahbaz Gill, he said the PM’s Adviser on Accountability Shahzad Akbar had given a detailed briefing in a meeting of spokespersons on the corruption of Shehbaz Sharif family.

The minister said there was only one chance of escape from punishment for Shehbaz if no hearings of the case were held. He hoped that the court would make day to day hearing of the case for its early disposal.

The minister said during the Punjab Committee meeting, the prime minister expressed no-confidence in Khanewal election. He said deficiencies should be rectified, reports of money laundering and horse trading came to the fore in by-elections which was unfortunate and ECP should take steps in this regard so that horse trading in elections can be stopped.

The minister said the upcoming local government elections in Punjab were discussed in detail and a high level committee had been formed in Punjab to finalize candidates for the post of district mayor. He said Minister for Energy Hammad Azhar gave a briefing on the gas issue in a meeting of spokespersons. He said they were informed that out of 2300 industrial units of Sui Northern, gas was being supplied to 1800 units. He said Hammad told the spokespersons that it was not possible for the government to give costly imported gas to industries at cheap rates.

Fawad said giving gas to captive plants would mean complete shutdown of gas for domestic consumers. He said gas problem was more acute in Karachi, as the commodity was being supplied to 50 top exporters in the mega city.

Gas reserves in Pakistan decreased by 9% last year and they would further deplete 9 per cent this year, said Chaudhry Fawad. He said the government procured gas according to its carriage capacity, but expensive imported LNG cannot be given for domestic use. Talking to the media, Minister of State for Information and Broadcasting Farrukh Habib said that the PML-N cast votes of dead persons in the bye-elections in Khanewal.