Kashmir Civitas was holding Russell Tribunal on Kashmir on December 17-19, 2021 to highlight the grave issue of genocide, settler-colonialism, crimes against humanity and nuclear threat emerging in the disputed territory of the occupied valley.

In a statement, Mushaal, wife of jailed Kashmiri Hurriyat leader Muhammad Yasin Malik, called the initiative as a timely and much-needed move to expose the dirty face of the so-called large democracy of the world, turning Kashmir into a living hell.

She said that the focus of the tribunal would be on four thematic areas i.e., Decolonization, as Kashmir is not a secessionist or separatist movement; settler-colonialism; crimes against humanity, as mass graves and rape have been used as a weapon of war and other war crimes along with genocide and Nuclear War.

Mushaal added that the holding of the tribunal on Kashmir would help in raising awareness of the responsibility of the international community to prevent ongoing crimes against humanity and genocide of Kashmiris, as the world at present is largely enjoying sweat slumber and are little bothered about the war crimes committing by India in the valley.

The Hurriyat leader said that Indian forces unleashed a wave of state terrorism in the scenic valley with complete impunity, because they were given legal protection against war crimes rather they were awarded on committing genocide of Kashmiri people.

The Chairperson P&CO said that the brutal forces are violating all international laws, human rights and conventions but the UN bodies and international human right organizations observed a criminal silence in this regard. Mushaal vowed that the brutal tactics and state terrorism could not silent the dissenting voices in the valley and they would take the freedom struggle to logical ends at all costs.

Kashmir Civitas, a Canadian-registered NGO, has partnered with the Russell Foundation in London, UK, the Permanent People’s Tribunal of Bologna, Italy, the International University of Sarajevo and the Center for Advanced Studies in Sarajevo hold the inaugural Russell Tribunal on Kashmir in Sarajevo, Bosnia on December 17-19, 2021. 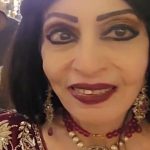 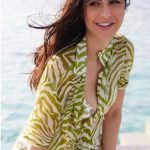 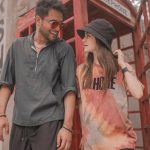