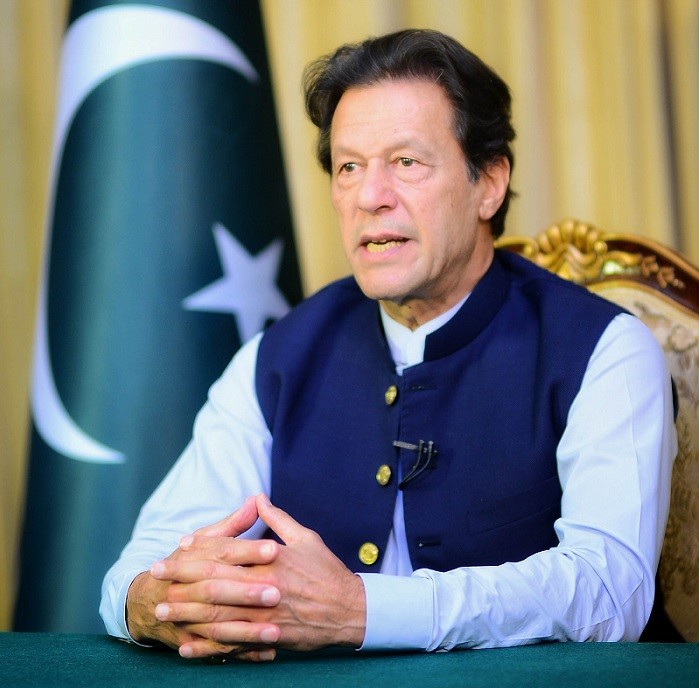 ISLAMABAD: An affidavit submitted by Prime Minister Imran Khan has termed as “false and defamatory” the allegations regarding the funding of Shaukat Khanum Memorial Trust (SKMT), saying decisions on the hospital’s investment schemes were made by the expert committee without his interference.

The affidavit was shared with media by the PM Office after the prime minister on Friday attended the e-court proceedings from his office in presence of his counsel Senator Waleed Iqbal. The proceedings were carried out by Additional District and Session Judge Muhammad Adnan on the Rs 10 billion defamation suit filed by Imran Khan against former defence minister Khawaja Asif.

Khawaja Asif had made allegations on misappropriation and money-laundering in the fund of SKMT at a press conference held on August 1, 2012, at Punjab House and later repeated the fabricated statement the same evening in a private television programme. 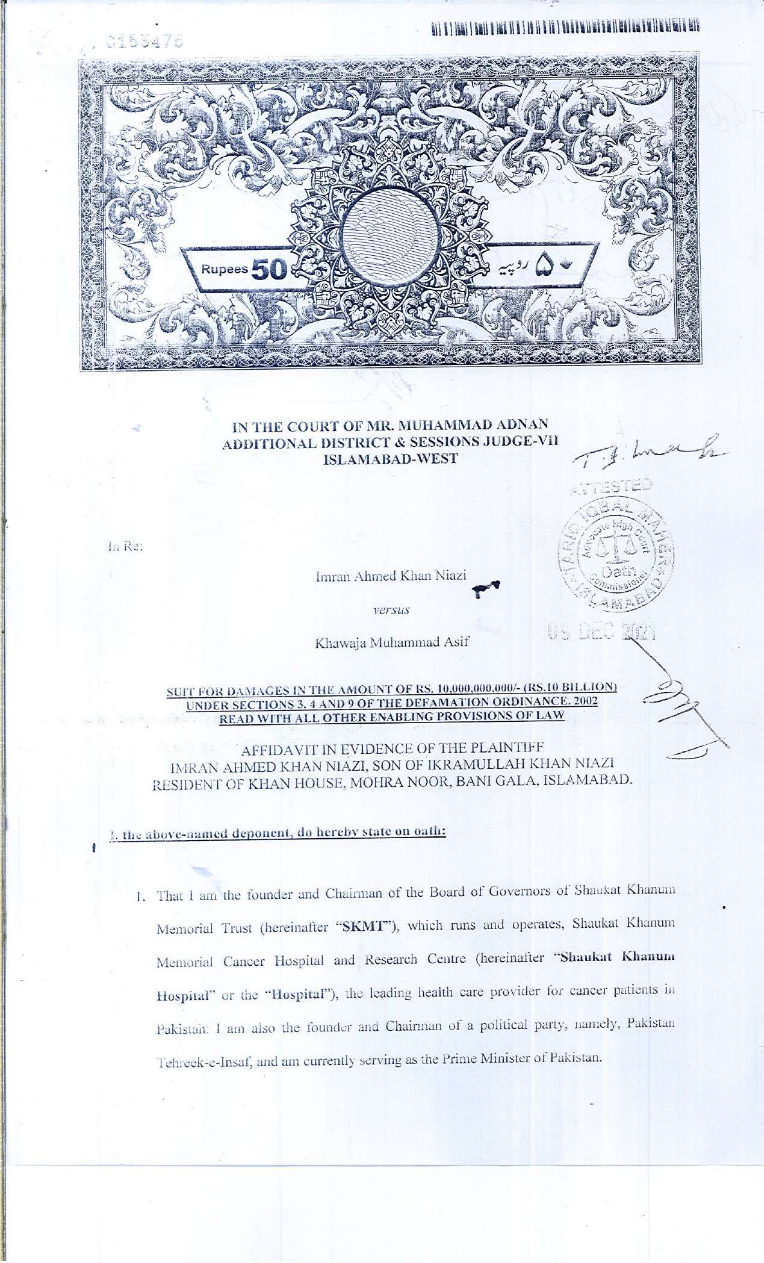 The affidavit stated that Imran Khan was the biggest individual donor of SKMT from 1991 to 2009 and the investments, against allegations were made, were fully recovered by the Trust without any loss. It was stated that fabricated and baseless allegations were used to undermine the confidence of the people in the SKMT.

PM Imran Khan in his comment during the e-court hearing that Shaukat Khanum Trust was running a unique and the only free cancer treatment hospital in the world. “It is unfortunate to make making baseless and fabricated allegations against a welfare body,” he said.

He expressed confidence that the court would pass an exemplary verdict on the baseless case and set a precedent. The prime minister said holding e-court proceedings was a welcome step to save time and resources of the apex court. He lauded the judiciary and government departments for launch of e-courts.