France bans most UK travel as fears over Omicron mount 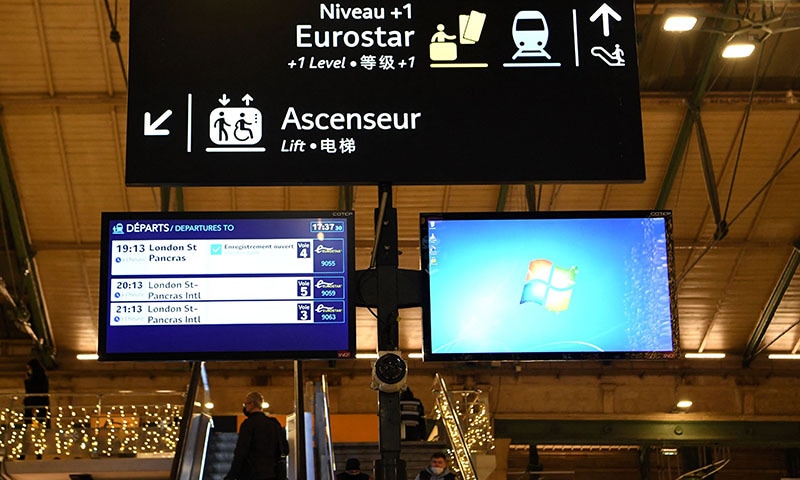 PARIS: France said on Thursday that it would ban non-essential travel to and from Britain in a bid to keep the Omicron Covid-19 variant in check, as European leaders urged coordinated action and more booster shots to counter the more highly contagious threat.

Countries worldwide have begun advising against foreign travel while ramping up domestic restrictions to battle Omicron, even though scientists remain uncertain how dangerous it is.

Britain has seen case levels explode in recent weeks to record levels amid fears the variant could overwhelm hospitals during the dinners and parties for the year-end holidays.

Starting at midnight, the French government said, travellers will need “an essential reason to travel to, or come from, the UK, both for the unvaccinated and vaccinated… People cannot travel for touristic or professional reasons.” It added that French citizens and EU nationals could still return to France from the UK, but they will now need a negative Covid test less than 24 hours old, and a blanket quarantine will be enforced upon their return.

The Spanish government said meanwhile that boosters would soon be available for everyone aged 40 and older, down from 65 and older currently.

In France, the “drastic” new limits on travel to Britain aim to give the country time to give 20 million booster jabs by Christmas and the country may soon open up vaccinations to children aged 5 to 11.

“People (coming back) will have to register on an app and will have to self-isolate in a place of their choosing for seven days controlled by the security forces but this can be shortened to 48 hours if a negative test is carried out in France,” government spokesman Gabriel Attal said.

Britain on Thursday recorded a record 88,376 laboratory-confirmed Covid cases, with scientists predicting even higher rates as Omicron is believed to spread much faster than the currently dominant Delta variant.