* On Wednesday, Hira Mani shared a picture on her Instagram handle 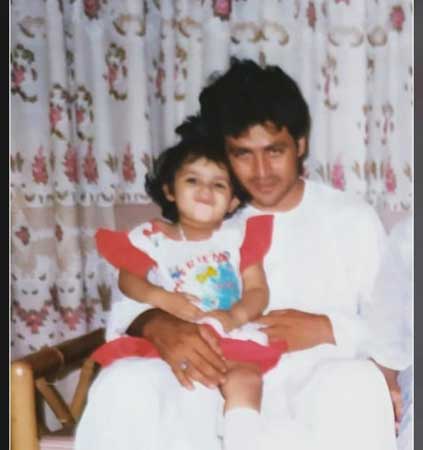 Famous Pakistani actor, Hira Mani has penned down a heartfelt note for her late father.

Recently, the ‘Do Bol’ actor shared an old picture of herself with her father on Instagram.

On Wednesday, Hira Mani shared a picture on her Instagram handle. In the shared picture, Hira is seen sitting in the lap of her late father. She also wrote an emotional message, remembering her late father.

In the shared post, ‘Mere Pas Tum Ho’ actor expressed her wish to meet her late father soon. Fans have filled the comments section with their prayers for the actor and her late father on her post.

Hira’s father, Syed Farrukh Jamal, passed away on September 18, 2021. Fans were informed about the demise by her husband and actor, Salman Sheikh

Hira Mani is a critically-acclaimed actress, her performance in Do Bol earned her a nomination for the Best Television Actress-critic award Pakistan International Screen Awards back last year.

In August 2021, the celebrity was awarded the Global Women Media Award by the current Governor of Punjab Chaudhary Mohammad Sarvar for her contribution to the country’s entertainment industry.