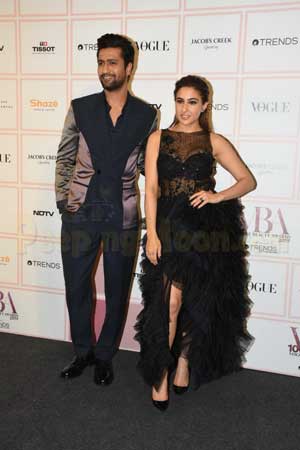 Sara Ali Khan is among millions of people who got impressed with Vicky Kaushal’s stunning on-screen performance as she’s eagerly waiting to start working with him.

After the release of Akshay Kumar starrer Atrangi Re, the Coolie No. 1 will kick-start her next project with the Sardar Udham star.

The duo has been roped in for a romantic comedy by Laxman Utekar about which Khan got candid in her recent interview with India Today.

Heaping on praises for the Raazi actor, she said, “I think Vicky is just one of the most effortless actors. He’s a very, very humble person.”

The 26-year-old actor expressed that it’s a privilege for her to work together with Kaushal. She said, “He moulds himself in every role that he’s given, with just a lot of ease and I think it would be a privilege to work with them and I have a lot to learn from them. I can’t wait to start doing that.”