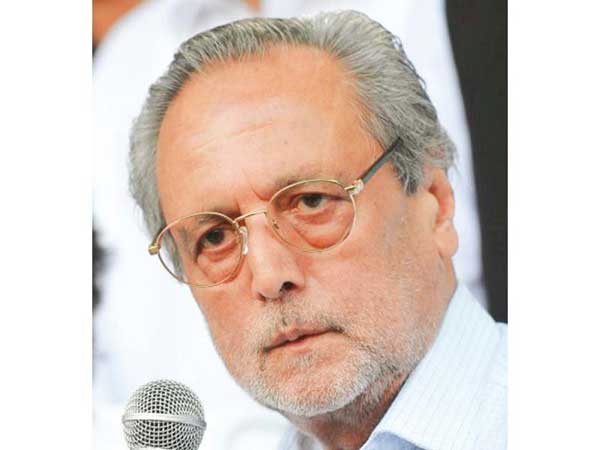 Responding to the comments of Minister for Information Fawad Chaudhry that a criminal defamation case was going to be filed against him by the government, former PTI leader Justice (retd) Wajihuddin Ahmed Thursday said he had spoken nothing but the truth. Speaking at an event in Karachi, Wajih said if anyone wanted to file a defamation suit against him, “they must do so as the courts are open”. Referring to Fawad’s comments about Jahangir Tareen earlier in the day, Wajih said there was nothing wrong with Jahangir Tareen’s relations with Imran Khan, says a news report. “Jahangir Tareen has denied my statement. What else was expected of him?” he asked. “Why would he accept money that had been spent illegally? Tareen made one billion dollars in sugar mill cases.” When asked by reporters about the government’s decision to pursue legal proceedings against him for his statement, he replied that anyone could exercise their right to file a defamation suit. Pausing as the call to prayer began during his media talk, Wajih remarked that “this ‘Azan’ is a testimony that an honest man is speaking”. When questioned about Tareen’s denial of his claim, Wajih said the sugar baron had no option but to refuse to admit the fact. “These expenses are out of the books and are not accounted for. Hence, it was easy for him to deny it,” he claimed. He also questioned the veracity of reports of sour ties between Tareen and the prime minister, asking “Is he really on bad terms with Imran Khan?” He further claimed that no action was taken against the estranged PTI leader in the sugar scam probe.