‘Given India-Pak relationship, never thought it would be possible to work in Bollywood’ 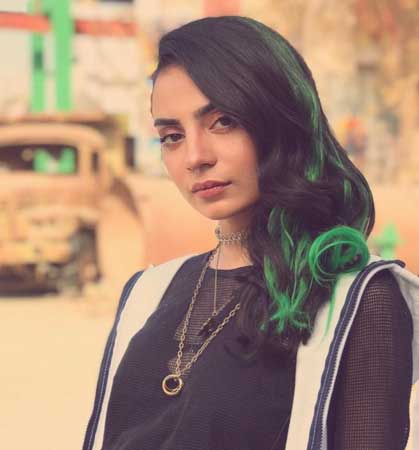 Actor Mehar Bano says it is her hope that the artistic exchange between India and Pakistan resumes once again and she believes her show Qatil Haseenaon Ke Naam is a step towards that direction.

The actor said she always aspired to work in Bollywood projects but knew it would be impossible given the frosty ties between India and Pakistan over the past few years.

Bano revealed that she was surprised when she was approached for Qatil Haseenaon Ke Naam. “I’ve always wanted to but I never thought it could be possible given the relationship status between the two countries. But when this show happened, I was quite taken aback, because who wouldn’t want to be part of something so special, a collaboration and that too between us and our neighbour, whom we’re all dying to work with.”

“I think this should have happened a long time ago. But at this point, I do think that with opportunities like this we are able to tell stories. There’s just so much genuine happiness and excitement. And we all end up working harder,” said Bano.

But the landscape is changing for the better with the OTT shows, she added.

“The platform is giving TV in Pakistan or India a run for their money in terms of how women can be shown. OTT platforms are daring to do what producers on TV cannot do and the first step to show women in a more realistic way, they are not just not one-dimensional characters,” the 27-year-old actor said. Bano said TV serials are often centred around domestic issues that gives the impression that women are not supposed to venture out and be independent.

“Television especially has kept up this for too long where they have normalized it for women to just be limited to their houses, be subjugated and be suppressed. However, there are currently shows that are really sort of getting away from this narrative.”

Bano said finally there are women characters on screen who are not afraid to express themselves.

“And shows like this will contribute to changing the narrative and how women are seen in South Asia, in the subcontinent and around the world.

“It’s important that we watch the show so we know the origins of psychological abuse and how women have been subjugated from time immemorial. OTT platforms giving women the space is going to contribute to society growing.”

Qatil Haseenaon Ke Naam is a compilation of six stories that depict the fearlessness of women and their determination to avenge deceit.

Bano, who plays the role of Anarkali, said she was intrigued with the world the series has created.

“There are a lot of women who will be able to relate to this show because there is a lot of poetic justice that’s going to be taking place,” she added.