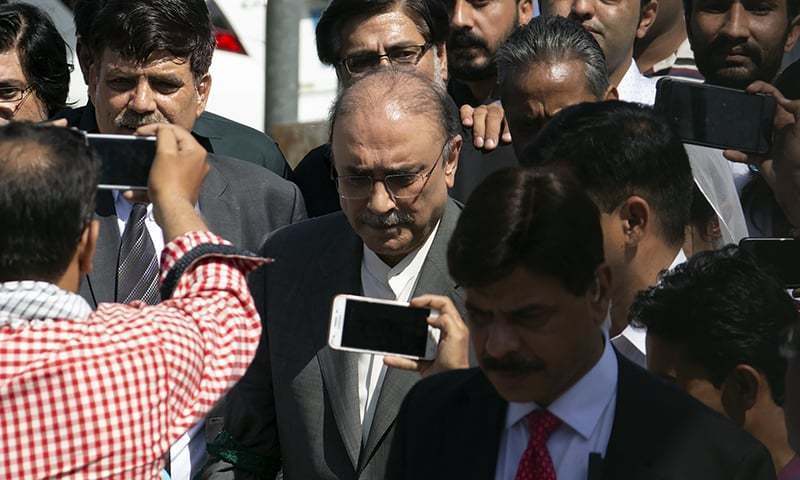 ISLAMABAD: Due to the hectic schedule of his counsel Farooq H Naek in other courts, the accountability court has adjourned the hearing of former president Asif Ali Zardari’s acquittal pleas in a money laundering case.

The acquittal pleas of Asif Ali Zardari, Faryal Talpur, and other suspects in money laundering charges were heard before an accountability court in Islamabad.

The council has submitted the exemption pleas of Zardari, Talpur and others during the hearing.

However, the arguments could not be initiated in the acquittal pleas due to the busy schedule of Farooq H Naek in other courts.

The accountability court accepted the exemption pleas of the accused.

Earlier in October, the accountability court had rejected the plea filed by the former president Asif Ali Zardari seeking his acquittal in the Rs8.3 billion suspicious transaction case.

The PPP co-chairman had moved the acquittal plea on the basis of the recent amendments made to the country’s accountability law.

According to the reference, former President Asif Ali Zardari is accused of utilising phoney accounts to conduct transactions totaling over Rs8 billion. Mushtaq Ahmed, his aide, deposited the money in a phoney account, which he later used to buy expensive houses in an upscale Karachi neighbourhood.