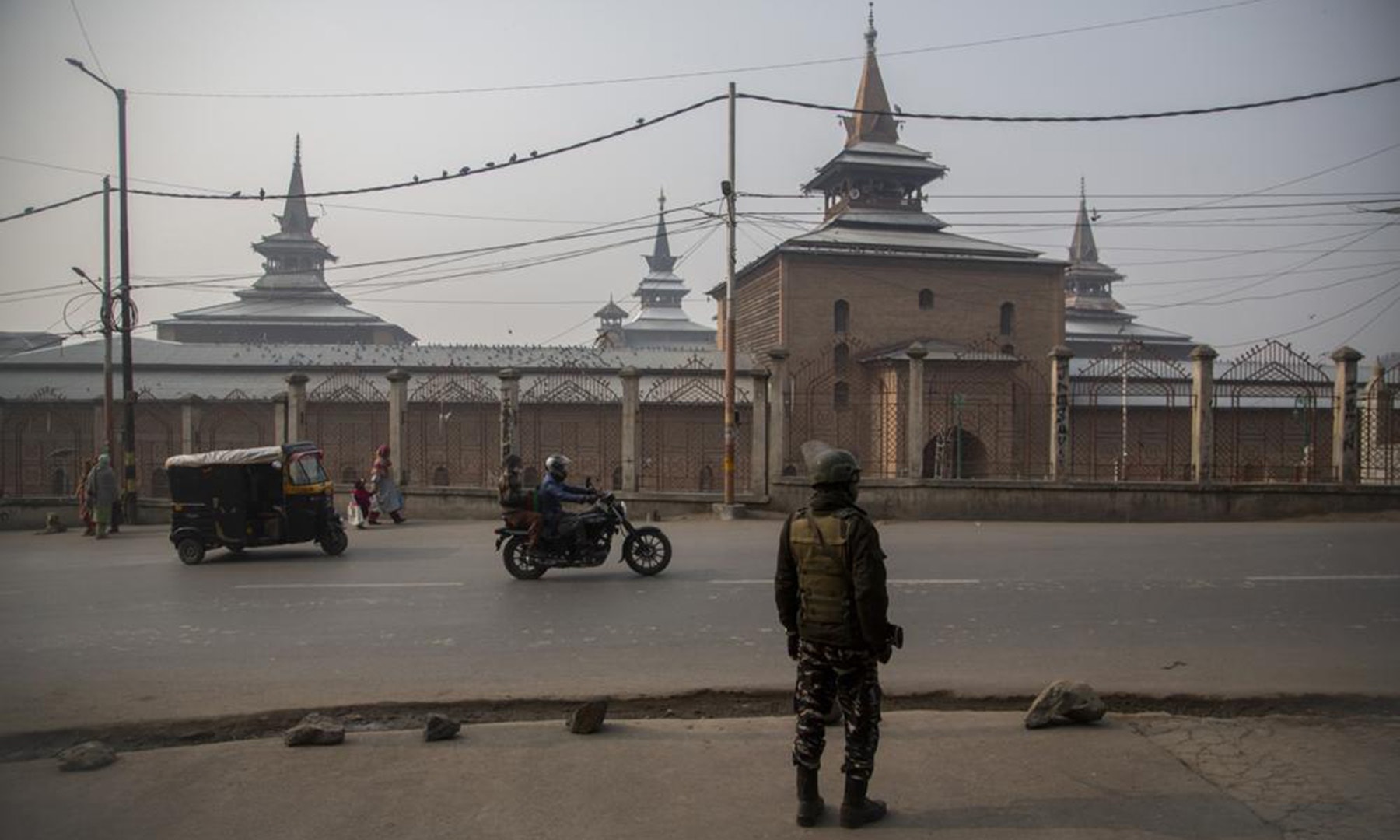 Jamia Masjid, the grand mosque of Srinagar, dominates its neighbourhood with an imposing main gate and massive turrets. It can hold 33,000 worshippers, and on special occasions, over the years hundreds of thousands of Muslims have filled nearby lanes and roads to offer prayers led from the mosque.

But Indian authorities see the mosque as a trouble spot — a nerve centre for protests and clashes that challenge India’s sovereignty over the disputed Valley.

For Kashmiri Muslims, it is a sacred venue for Friday prayers and a place they can raise their voices for political rights.

In this bitter dispute, the mosque in occupied Kashmir’s main city has largely remained closed for the past two years. The mosque’s chief prayer leader has been detained in his home almost non-stop throughout that time, and the mosque’s main gate is padlocked and blocked with corrugated tin sheets on Fridays.

The closure of the mosque, which is revered by Kashmir’s mostly Muslim population, has deepened their anger.

“There is a constant feeling that something is missing in my life,” said Bashir Ahmed, 65, a retired government employee who has offered prayers at the mosque over five decades.

Indian authorities refused to comment on the mosque restrictions despite repeated queries from The Associated Press. In the past, officials have said the government was forced to close the mosque because its management committee was unable to stop anti-India protests on the premises.

The shutting of the 600-year-old mosque came amid a clampdown that began in 2019 after the government stripped Kashmir of its long-held semi-autonomous status.

In the past two years, some of the region’s other mosques and shrines — also closed for months due to the security crackdown and the subsequent pandemic — have been allowed to offer religious services.

Jamia Masjid has remained out of bounds to worshippers for prayers on Friday. Authorities allow the mosque to remain open the other six days, but only a few hundred worshippers assemble there on those occasions, compared to the tens of thousands that often gathered on Fridays.

“This is the central mosque where our ancestors, scholars and spiritual masters have prayed and meditated for centuries,” said Altaf Ahmad Bhat, one of the officials at the grand mosque.

He dismissed the law-and-order reasons cited by the authorities as “absurd”, adding that discussions about social, economic and political issues affecting Muslims were a core religious function of any grand mosque.