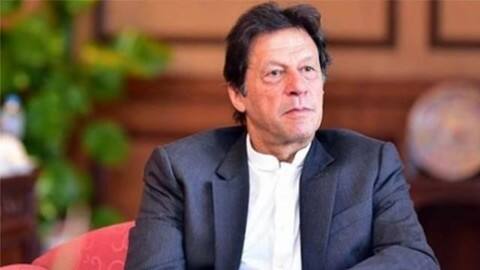 SKARDU, Dec 16 (APP): Prime Minister Imran Khan on Thursday said with improved road connectivity and the Skardu International Airport, the Gilgit Baltistan (GB) was about to turn into a top destination for local and foreign tourists, ensuring economic prosperity.

“The people of GB will soon witness an unprecedented era of economic prosperity with revenue generation through tourism and employment opportunities,” he said in his address to locals at a jam-packed Municipal Stadium, Skardu.

The prime minister, who earlier inaugurated the Skardu International Airport and the Jaglot-Skardu strategic road, said the significant pieces of infrastructure would boost tourism in the region.

Imran Khan said the initiative would promote both summer and winter tourism in GB and attract a big influx and announced to establish luxury resorts to attract more foreign tourists.

The prime minister said he had widely traveled the world over but never seen a splendid mountainous range like of Gilgit Baltistan.

“If Switzerland can annually earn $70 billion revenue, the GB has the natural resources to exploit its potential,” he said.

He said Pakistan could earn billions from tourism, may it from the scenic northern areas or the diversity of religious tourism.

He, however, cautioned the locals to safeguard their interests as outsiders would be eying their property and land in view of the area’s tourism potential.

He said connecting GB with Azad Kashmir through roads would also bring improvement in the lives of locals.

He said hydroelectricity projects have been set up in GB to meet the water requirements.

Imran Khan said a country could not progress unless it uplifted its neglected and unprivileged segments of the society.

He said he was prioritizing the development of the areas that lacked facilities of communication and health, including Gilgit Baltistan, Balochistan, erstwhile tribal areas, and southern Punjab.

“My vision of a prosper Pakistan is inclusive development that caters to the needs of poor and weak,” he added.

He said a society was known for its socio-economic justice where poor and rich had access to basic facilities of life.

He said his government had taken a number of steps for the development of the masses and expressed the desire that he wanted a major improvement in the lives of the underprivileged on completion of his tenure.

He mentioned that from today onwards, the government had initiated the provision of ration on subsidized rates. Also, the work on expanding the network of universal health insurance of Rs 0.1 million for every household was underway after its launch in Khyber Pukhtunkhwa.