Skardu International Airport gets off the ground 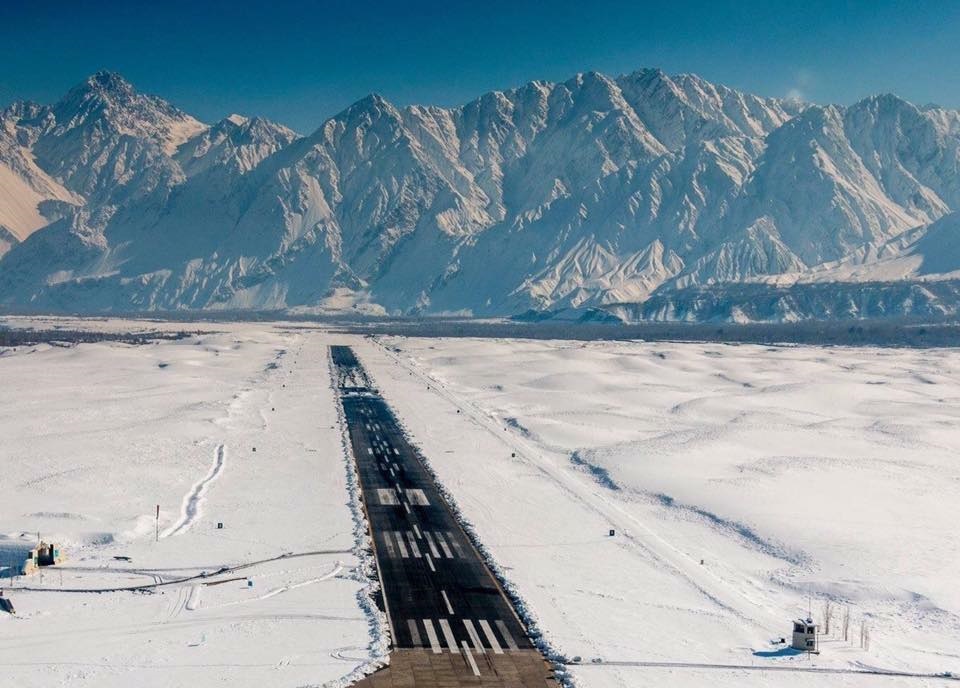 The prime minister is addressing a large gathering at the Municipal Stadium in Skardu.

Sharing his vision with the masses, the prime minister maintained that his government was focused on developing Gilgit-Baltistan like other remote areas of the country.

“No country in the world can progress without developing its remote areas,” said PM Imran Khan, lamenting how Pakistan had not developed its rural and remote areas over the course of seven decades.

He spoke about the importance of an international airport in Skardu, adding that it would ensure tourists from all parts of the world flock to the region.

“I cannot tell you how your lives are about to change with the help of this Skardu. You cannot picture it right now, but I can,” he told the audience.

PM told the audience how he had travelled far and wide around the world. He said from Australia, Switzerland to the Safari Parks of Africa, he had seen it all.

“However, I am not saying this to you because I am standing here. But when we talk of mountainous regions, no place in the world is as beautiful as Gilgit-Baltistan,” he added.

“We have not even begun to tap the potential of the blessings that the Almighty has blessed us with,” he said, adding that locals of the area will no longer have to travel to other places to seek employment as tourism will increase employment in the area.

He assured locals that the PTI-led government will ensure connectivity of Skardu to other parts of the country so that the potential of local tourism can also be exploited fully.