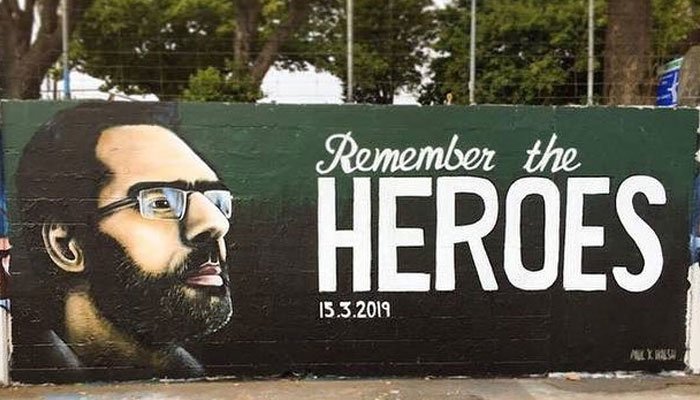 Two New Zealanders were awarded the country’s highest bravery award Thursday for confronting a white supremacist gunman during a 2019 terror attack on Christchurch mosques that claimed the lives of 51 Muslim worshippers.

Naeem Rashid, who died in the attack, and survivor Abdul Aziz were awarded the New Zealand Cross for great bravery in a situation of extreme danger for their actions during the March 2019 shootings.

Prime Minister Jacinda Ardern said the medal, which has only been awarded twice before, was New Zealand’s non-combat equivalent of the Victoria Cross.

A further eight people, including two police officers who apprehended gunman Brenton Tarrant as he tried to flee the scene in a car, also received bravery decorations.

Ardern said the actions of those honoured probably prevented the death toll from being even higher.

“The courage demonstrated by these New Zealanders was selfless and extraordinary, they have our deepest respect and gratitude for their actions on that day,” she said.

Armed with an arsenal of semi-automatic weapons, Tarrant first attacked Friday worshippers at Christchurch’s Al Noor mosque before moving on to the Linwood prayer centre, livestreaming the killings as he went.

His victims were all Muslim and included children, women and the elderly.

Rashid was in the Al Noor mosque and charged at Tarrant, partially knocking him down despite being shot in the shoulder.

Tarrant gunned down Rashid, whose son Talha was also killed, but his actions distracting the attacker allowed several people to escape.

Aziz confronted Tarrant when he moved on to Linwood, hurling a credit card payment machine at him and then taunting him to try to draw him outside into a car park.

He also brandished an empty rifle discarded by Tarrant, causing the gunman to flee fearing the weapon was loaded.

A judge last year sentenced Tarrant to the first whole-of-life sentence ever handed down in New Zealand, calling his actions “wicked” and “inhuman”.