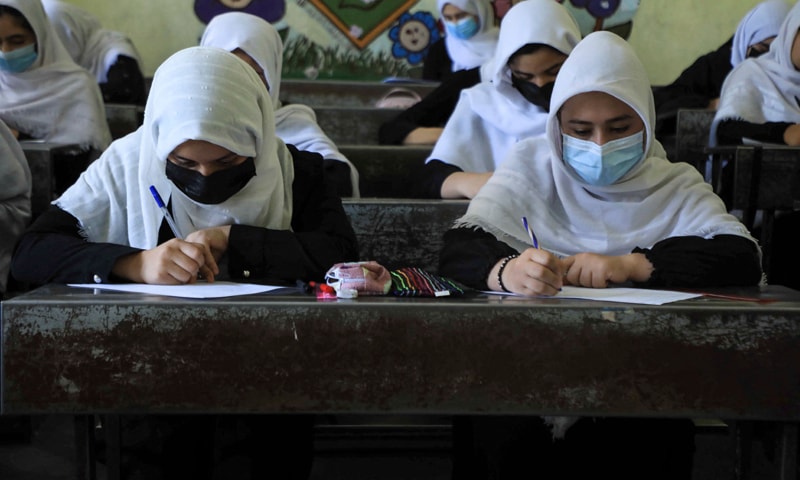 Federal Education Minister Shafqat Mahmood announced on Tuesday after having a meeting with the education secretaries that the winter vacation would start on Dec 25.

“Federal and provincial secretaries met today (Tuesday). The agreed proposal was that winter holidays should be from Dec 25 to Jan 4. Further notifications will be made by the governments concerned,” Shafqat Mahmood tweeted on Tuesday.

However, the NCOC differs with education ministry as a meeting on Wednesday suggested the vacation be postponed till the second or third week of January so that the ongoing vaccination campaign in educational institutions could be completed.

A senior officer in the education ministry said that earlier the ministry and secretaries had agreed upon Dec 25 as the date to begin winter vacation, but the NCOC did not agree to it.

“A decision regarding the winter vacation will likely be made on Thursday by the federal education minister, who before making any decision will talk to Planning Minister and NCOC head Asad Umar and Health Minister Dr Faisal Sultan,” the officer said.

The Sindh government has already announced winter holidays in all educational institutions of the province from Dec 20 to Jan 3.

Meanwhile, students can be seen demanding early vacations on social media. The federal education minister is once again the subject of a barrage of memes, with students requesting him for early winter holidays. Earlier, the minister faced a similar situation online on the exam issue.

Following the NCOC recommendation, the ministry stayed silent and did not announce a date yet.