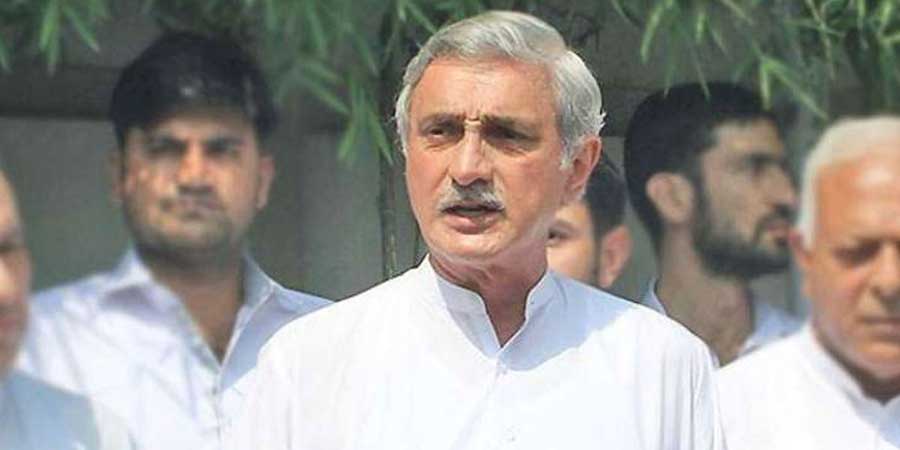 In a statement on Twitter, Tareen said he ought to tell the truth regardless of the status of his relations with Prime Minister Imran Khan.

Tareen said while he had done “whatever was in my capacity to help PTI in the quest to build a new Pakistan”, he “never gave a penny for the household expenses of Bani Gala”. “Just want to set the record straight,” he added. Wajihuddin Ahmed alleged that Tareen initially gave Rs3 million funds per month for the Bani Gala expenses, which were later increased to Rs5 million per month.

Speaking during a show on a private news channel, Wajih said the perception about Imran Khan being an honest man was “completely wrong”.

“How can you call a man honest who doesn’t even pay for his shoelaces?” Wajih asked. The retired justice developed differences with the party leadership over implementation of the recommendations made by the tribunal. His party membership had been suspended in 2015, after which he presented a seven-point charter calling for the ouster of Jahangir Tareen, Pervaiz Khattak, Aleem Khan and Nadir Leghari from the PTI.

He alleged that the party was being run like a mafia without any institutional checks and balances. Imran Khan later expelled Wajih from the party. Earlier, responding to Wajihuddin’s claims, Minister for Information Fawad Chaudhry had said, “Jokers like Justice Wajihuddin say things like these to increase their importance.” Addressing a press conference, the information minister said, “Such people are not recognised by their families either so there is no need to pay much attention to them.”

Moreover, Special Assistant to the Prime Minister on Political Communication Shahbaz Gill said the claims were “completely false and illogical”. “Whoever knows Imran Khan, knows his honesty and dignity. Wajih sahib often makes illogical remarks such as these in despair over being expelled from the party,” he said in a tweet.